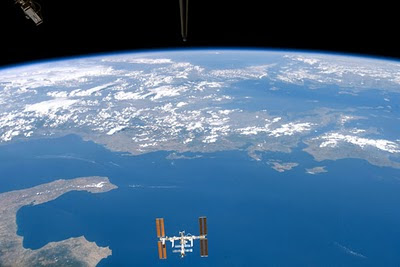 The Space Station hovering 200-250 miles above the Earth
The International Space Station has been in the news lately because of the spectacular photographs taken by its resident Astronauts.  The high resolution photographs by the first three resident space station crews, totaling 13,442 images of the Earth, were amazingly sharp and accurate to spatial resolutions up to less than six meters! 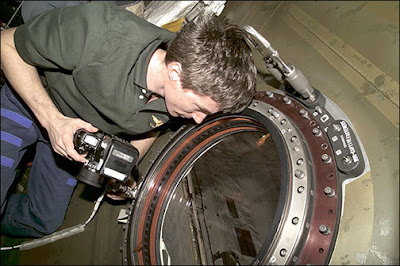 The Astronauts used a variety of digital still cameras, 35mm and 70mm cameras with high-magnification lenses.  They compensated for the relative motion of the Earth, while shooting through a specially designed window in the station's Destiniy Laboratory.

Aside from being valuable records of the state of the Earth (at a certain time), scientist can now map changes occuring in very small features of the Earth's surface.  The International Space Station continues the pioneering effort that began 150 years ago with French Photographer Felix Nadar (Gaspard-Félix Tournachon) in an Air Balloon. 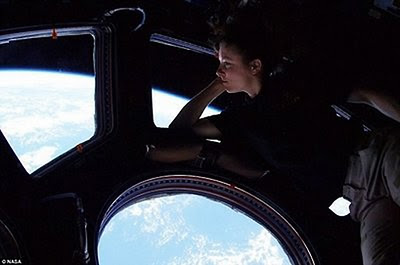 Astronaut photography has always facinated me.  Aside from its technical challenges, it is a 'rarified field of work' reserved for a handful of individuals -- and consequently beyond my reach.  But its impact is priceless and invaluable to each one of us.  It is an uncommon ground where Science and Art truly meet.

I am sure you will agree that the results are truly spectacular! 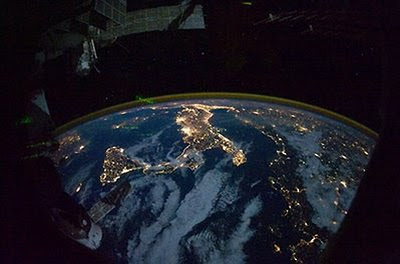 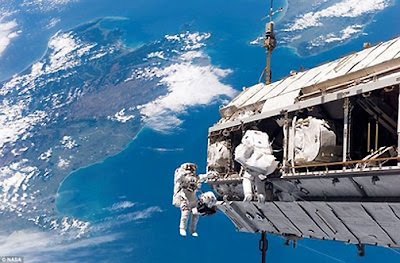 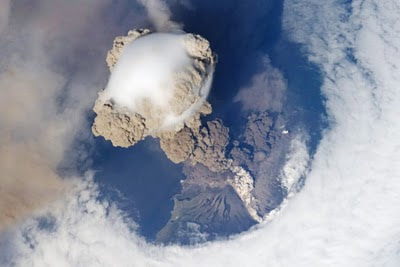 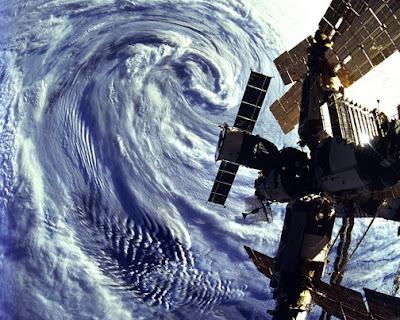 A hurricane in action 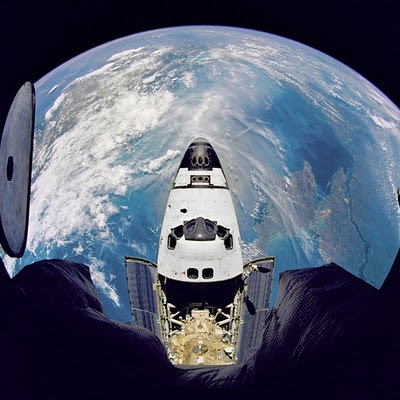 -- All photographs property of NASA.
Posted by Atom at 5:33 AM No comments:

The Pleasure of Collecting Old Cameras

I have a growing classic camera collection. Every since I turned professional in 2006 and was required to go digital (Advertising and Editorial Clients require digital files nowadays), I became nostalgic about film photography and all the equipment that came with it. So I started buying a few of the older cameras I have always wanted.  Before I realized what was happening, I had more than 50 cameras in my possession.

In the not so distant past, when film was still in general use, cameras were built to last. I can personally testify to the durability and mechanical reliability of these cameras, since I still use a number of them, mostly Canons, including the first 35mm my father gave me in 1978. 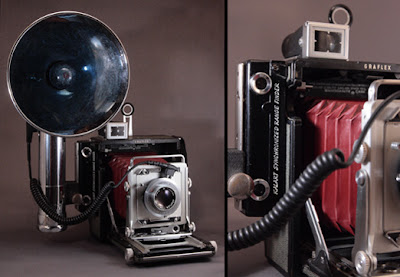 Century Graphic Press Camera with Heiland Flash
New digital cameras are built to have short product lives.  Technological breakthroughs now happen within months, not years.  Camera manufacturers have to keep pace with the competition and the latest upgrades in hardware and software generated by the computer industry.  As a result, manufacturers have made it a point to build less sturdy cameras, employing plastics instead of metal alloys (Pro cameras are the exception) to ensure constant replacements and upgrades.  How else can they generate sales for the their latest models.  Most Digital cameras are "throw-away" gadgets, products that are cheaper to replace than to repair, making these modern cameras unattractive to collectors in general who value, quality, durability and exclusivity.

Film cameras on the other hand, with the exception of the "instamatic" point and shoot variety that became popular from the 70's onwards (including the late Advantrix), were built solidly and were manufactured to last. Indeed, you can find a good number of cameras from the 1970s and 1980s still accurately firing despite years of heavy use-- and this goes for both the consumer oriented models, as well as the top of the line Professional models. As you go backwards in time, you will find lesser pristine examples but they do exist, but of course at a steeper price tag. This scarcity, brought about by time and the fact that there were fewer cameras manufactured in the past, makes these particular models highly collectible and attractive to collectors. 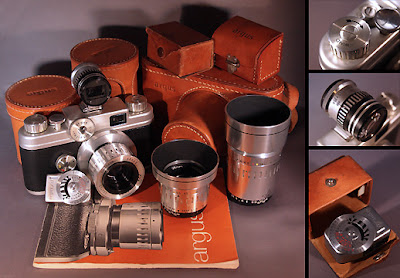 Argus C-44 with Cintagon lenses, L44 meter and viewfinder
Read more »
Posted by Atom at 3:03 AM No comments: 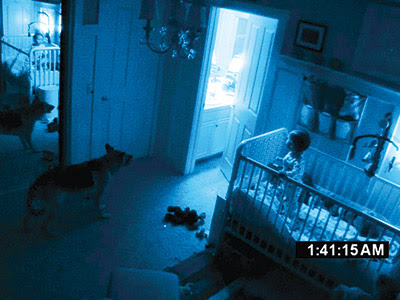 Paranormal Activity 2 should be rightfully called, "Below Normal Activity." Because nothing happens in this film (even in the meager instances that they do).

When I came up with my own Movie Rating System, I actually never imagined using my lowest rating of "Sleep Aid" for any film-- Simply because I am a filmmaker myself and I respect the effort and determination it takes to get any Movie (no matter how lame) done.  But this se/prequel (or whatever it is) takes the prize! I actually had to struggle to remain awake.  If the film did not employ sudden loud sounds and bangs (cheap effects mostly used in bad horror/suspense movies), I would have surely slept my way through to the credits.

What amazes me about this film is its current Box Office success, which somehow redeems the Producers because they are the only ones benefiting from this film.  They were absolutely right on the money!  When a Movie becomes a hit, a sequel is a guaranteed cash cow (no matter how bad that Sequel turns out to be). The scariest aspect to this Movie might actually be its ability to earn despite being horribly bad-- a phenomenon that will certainly keep me awake at night.

It's ironic that I actually gave the original movie my highest rating "Absolutely Brilliant" (when I reviewed it last year), because it was able to deliver a high caliber horror film on a $15,000 budget.  This Sequel does exactly the opposite by using an infinitely larger $3 million budget to deliver an inferior Movie-- with exactly the same production value (shot on video) but with lesser grit and originality.  Where did all that money go?  There were no A list actors or special effects!!????  If they had Oren Peli at least direct maybe the film could have turned out better (what's the story on his Producer credit... was he booted out of this sequel? Akiva Goldsman was involved in making this film???? Seriously?).  Technique and execution will always be superior to mere Budget alone.