My feature film project, Dagsin (Gravity), is now online!
Please visit our Facebook fan page at www.facebook.com/dagsinthemovie and our Website/Blog at http://dagsin.blogspot.com to get the latest information, announcements and updates regarding the movie. 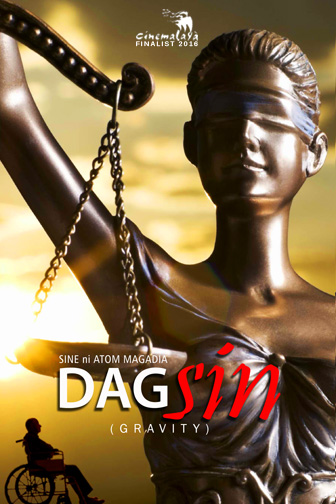 Initial Poster Mock-up
Posted by Atom at 11:11 PM No comments: 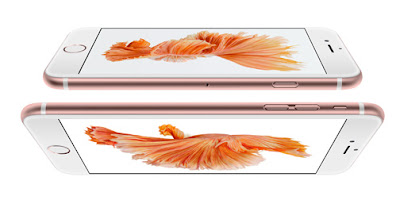 The new iPhone 6s and 6s Plus
It's that time of year again when we, hardcore IPhone fans, welcome the newest incarnation of our favorite gadget. A few hours ago, Apple's CEO Tim Cook unveiled the 9th generation of its popular smart phone in California-- the IPhone 6s and its larger sibling the 6s Plus. Tim referred to the new models as "the most advanced smartphones in the world."
Among its newest features are the upgraded 12 megapixel camera and a more advanced touch-screen capability called 3D-touch. Although a lot of people have already scrapped buying traditional cameras in favor of their cell phone cameras for years now, with the 6s' 12 megapixels sensor, the IPhone has finally crossed and complied with the technical specs. of a good consumer grade point and shoot camera. The larger sensor is now 4K video capable and offers optical image stabilization (on the 6s Plus). It also has superior low-light performance (temporal and special noise reduction) compared to past models as well as better color accuracy and tonal performance. The front facing camera is now capable of taking 1080p video and 5 megapixel stills with support for slow-motion video, "selfie panoramas" and a "True Tone Flash" on the display that matches the ambient light for true to life color and natural-looking skin tones (the Retina Flash allows the display to flash 3 times brighter than usual). To enhance the 6s' photo taking capabilities, Apple has also added "Live Photos," 12 megapixel photos with motion (short video clip) and sound snippet that result in more dynamic photos. 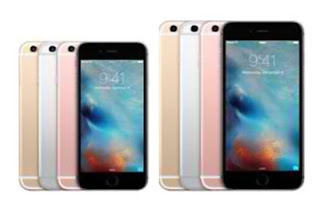 The 6s and 6s Plus comes in 4 metallic colors
The next generation multi-touch technology called "3D Touch," offers enhanced pressure sensitivity as well as feedback. Aside from the more familiar touch-screen gestures like tap, swipe and pinch, Apple has added peek and pop. According to the literature, 3D Touch "lets you do the things you do often faster and with fewer steps. Many of the actions can even be done with a single press, right from the Home screen. The improved multi-touch capability will also deepen the experience of your favorite apps and games."
The new A9 chip is not only faster, it is also a capable gaming console with robust graphic performance. A third-generation chip with a 64-bit architecture, it has a 70% improved CPU performance and a 90% boosted graphic performance from the previous model. The M9 motion coprocessor is integrated directly into the A9 chip which results in better battery life, despite the improvement in power. The 6s supports 23 LTE bands with LTE Advance* and improved Wi-Fi, doubling its previous band speed.
Made from 7000 series aluminum used in the aerospace industry and the most durable cover glass (dual ion-exchange process) on any smartphone now available on the market, Apple has reinforced the new models to eliminate the fragility issues seen on the IPhone 6 Plus. Aside from the gold, silver and space grey, the 6s also comes in rose gold. Both models will be available in 16GB, 64GB and 128GB configurations.
Although I am really excited about the camera improvements, I will personally be passing on this version, only because I have found that skipping a generation is the best way to upgrade our IPhones within the family. I upgraded to the 6 Plus last year (and so did my daughter), so it is my wife (and my son's) turn to get the 6s this year. It just goes to show that this gadget/tool has become such an essential part of our lives, that it has become a permanent item on our yearly  family budget.
--Photos from www.apple.com
Posted by Atom at 4:44 PM No comments: