My family and I would like to extend our condolences to our sister-in-law, France Bonnin-Magadia and to her family and extended family.  We are sorry we could not be there, but our prayers are with you. 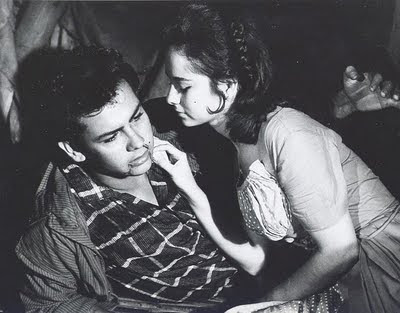 Bernard Bonnin was a former LVN actor best known for his portrayal of Philippine comicbook action hero "Palos."  He starred in more than 100 feature films from 1958 to 1970.  He was still actively acting sporadically until 2007, when the Primetime TV Tele-series "Palos" starring Cesar Montano and Jake Cuenca finished filming.  Among his more memorable films were: "Mga Anak ni Waray" (1959), "Sandata at Pangako" (1965), "Walang Duwag na Bisaya" (1965), "Arizona Kid" (1971), "Tatlong Patak ng Dugo ni Adan" (1980), and "Buy One Take One" (1988).  He is survived by his current wife, Digna and his five children -- Charlene (Gonzales-Muhlach), Richard, Gabby, Vincent and France. 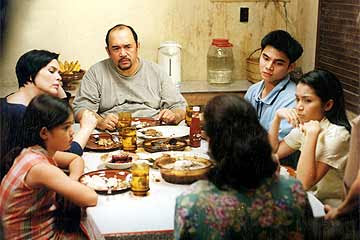 An Opportunity to Shoot A Meteor

If you have been wanting to photograph or video tape a meteor, tonight might be your chance. Take your cameras and tripods out, there might be an amazing meteor shower coming your way.

One of the best annual meteor shows, the Leonid Meteor Shower, is happening between 1am and dawn.  NASA predicts 20 to 30 meteors per hour over the Americas and 200 to 300 per hour over Asia.  The Leonid stream is moving in the opposite direction of Earth and produces impact speeds of 160,000 mph.  When our planet travels through the stream of debris, they vaporize and create dramatic streaks of light (with hues of white, blue, aquamarine and green -- occasionally into fireballs with streaks visible for several minutes.

Since we are currently on "New Moon," the skies will be dark enough for a good picture or video clip.  The best locations to shoot would be away from the lights of the city.

The Earth will pass one of the denser debris stream around 1am PST Tuesday Morning.  The meteors can appear anywhere but can be traced to their hub, the constellation Leo.

I recommend shooting with a normal to short telephoto lens (50mm to 100mm on 35mm) since they are unpredictable and could show up anywhere on the sky/horizon.  This will give you a wide enough coverage to capture the light show.  Good luck!

Here are some photos of the Leonid Meteor Shower from http://www.space.com/: 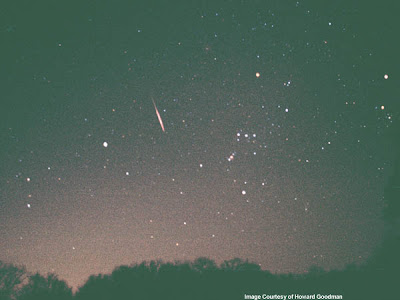 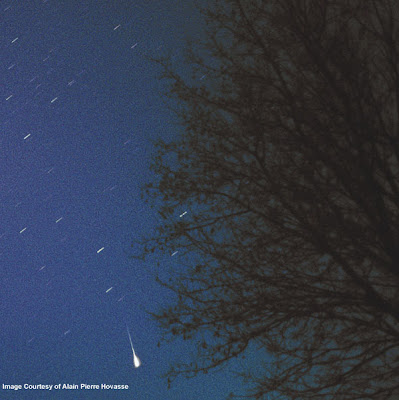 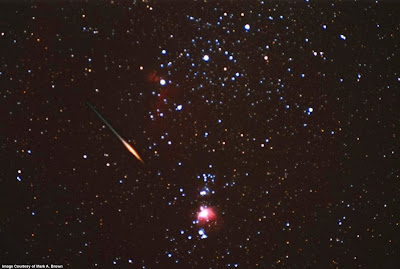 Photo by Mark A. Brown 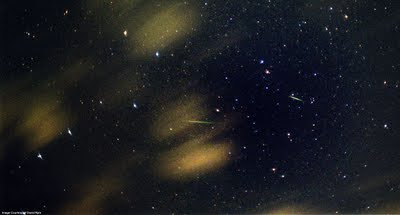 For the first time, since the award was instituted by the Academy of Motion Picture Arts and Sciences (AMPAS) in 1948, the honorary Oscars will be presented in a separate ceremony from the televised 82nd Annual Academy Awards, to be broadcasted on March 7, 2010. 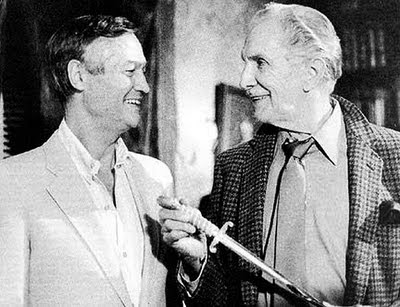 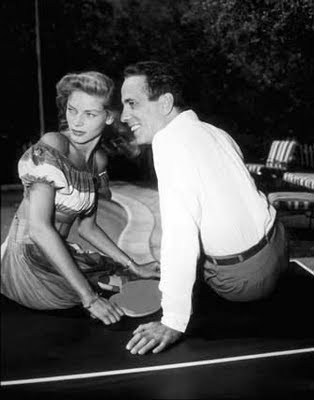 A Star of more than 30 films, Lauren Bacall is best remembered for her roles in "The Big Sleep," "Key Largo," "Dark Passages," "How to Marry a Millionaire," "Designing Woman" and "The Mirror Has Two Faces."  She was married to actors Humphrey Bogart and Jason Robards. 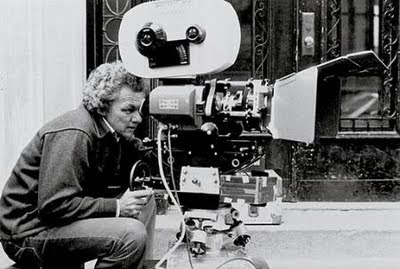 Gordon Willis on the set

Cinematographer Gordon Willis is a legendary visual stylist in cinema.  Nicknamed "The Prince of Darkness" by his fellow cinematographers,  for his preference for shooting in the dark, he is best known for his work on the Godfather series and his collaboration with Woody Allen on Annie Hall, Manhattan and Zelig.

I know that the IPhone is one of the most versatile gadget out now, but this is just insane (pun intended)!

I saw this first on www.handheldhollywood.com, my favorite blog for everything IPhone. The video was part of a 24-hour competition between two bands to see who could produce the most viral video. This video, by the South London band "Mirrorkicks," gets my vote! -- it is both creative and novel, I wish I came up with the idea:-)

For more info on the Viral competition, go to:  http://www.viralvsviral.com/

--Video by the Mirrorkicks from YouTube by Viralmess.
Posted by Atom at 1:01 PM No comments:

The latest Indie phenomenon to hit movie theaters worldwide, "Paranormal Activity" is making independent cinema history.   It is currently number one in the box office.  And as of yesterday, it has grossed $86,944,269 in the United States and Canada alone, making it the most profitable (box office sales to production cost) independent film ever, toppling long-time cult favorite "The Blair Witch Project".  Made with a total budget of just around$15,000, it is a story about a young couple who uses a video camera to capture the paranormal activities they are experiencing in their home. 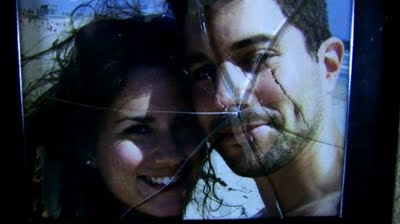 Shot with one video camera and a crew of 3 by Israeli born first-time writer/director Oren Peli, "Paranormal Activity" was shot for 7 days straight in 2006 at Peli's own house in San Diego. The basic idea for the movie, came from Peli's own fear of ghosts and his own experience with night time noises in his own home. As soon as he had a basic outline for the story, he held a marathon casting session in Hollywood that attracted around 150 actors and actresses. Among the hopefuls were Micah Sloat and Katie Featherston, who both saw the casting call advertised on Craigslist.  Peli hired them for $500, simply because they had great chemistry and was convincing as a real couple.  Peli lucked out, since both actors turned out to be real professionals and Micah even had previous experience as a cameraman in his University's TV station (making him perfect for the role and the de facto cameraman for the movie).

Wanting to tap into our most primal fears, Peli deliberately staged most of the 'Paranormal Activity' that happens in the movie at night, when most of us feel vulnerable.  Taking his cue from "The Blair Witch Project," he opted for a more home-made feel by using a hand-held video camera -- because it gave the movie a raw believability (as well as substantial savings in equipment and crew).  The dialogue was also more natural because there was no real script, but just an outline of the story, and the actors were made to improvise.  Shot out of sequence, the footage was edited on Sony Vegas editing software (on a home PC) as soon as they finalize each scene, with the visual effects applied at the same time. 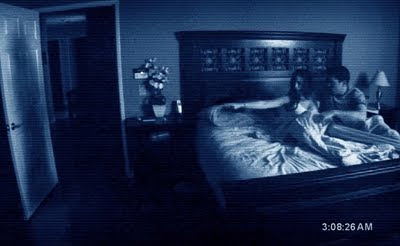 The movie premiered at the Screamfest: Horror Film Festival 2007.  The Screamfest screening help land Peli an agent in CAA and a place in Slamdance.  Miramax Films Senior Executive Jason Blum and his partner Steven Schneider saw the film and started working with Peli to tighten and smoothen the rougher segments of the movie.  After seeing a copy of the movie, a Dreamworks Production Executive pestered her boss Adam Goodman to see it and the movie went up the line to Steven Spielberg, who liked the film and greenlighted a remake.  Paramount then acquired the domestic rights to the film, and international rights to potential sequels for $300,000.  During the negotiations, Blum and Peli negotiated a 'one-time' screening into the contract to see how the audience will react to the original.  It was during this screening that a decision was made to can the remake and release the original version of the film.  It was originally scheduled to be release on 2008, but the split between Paramount and Dreamworks delayed it.  Adam Goodman, now a Paramount Executive, finally released the film this year (Sept. 25 - limited; Oct. 16 - wide).

I gave this movie an 'Absolutely Brilliant' rating for two reasons:

Owle Bobo: A Must Have for the IPhone Filmmaker

The Owle Bobo is an IPhone 3Gs camera mount/stabilizer equipped with a 37mm wide-angle/macro (.45x) combo lens and a high quality vericorder microphone.  The sleek futuristic case is constructed from anodized billet aluminum and features an accessory shoe, as well as several "screw-holes" that can accommodate a tripod/monopod or any other gadgets or accessories you want to attach. 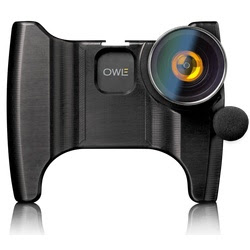 I have seen all kinds of gadgets to attach to the IPhone, but this is one accessory that an IPhone Filmmaker must have!  Watch the video below and I am sure you will agree.  I am definitely getting one as soon as I post this blog.

Here is a great review from http://www.handheldhollywood.com/, which carefully examines the product's features:

For more details on the product and to purchase it online, go to:  http://www.wantowle.com/Welcome.html 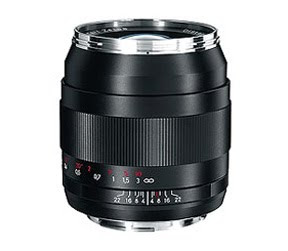 The Zeiss Distagon T* 2/35 ZE is a 35mm standard wide-angle prime for all film and digital Canon EOS cameras models, with a wide aperture of f/2.  It features a moderate 53 degree field of view (horizontal) with very minimal distortion, perfect for commercial, travel and nature applications.  A manual focus fast lens that features a short angle of rotation for precision focusing, the 35mm ZE was made for professional handheld use.  Constructed with 9 high-definition zeiss elements and coated with the Zeiss T* anti-reflection coating, it easily captures bright light sources without unwanted artifacts.  Stylishly sleek and elegant with an all-metal mechanism, it compliments the contours and rounded body design of the Canon EOS cameras.

The complete ZE Series to date is shown below:

Canon cameras with fine Zeiss lenses -- a dream of mine that has become a reality!

Manufactured under license by Cosina in Japan with Zeiss glass, it is available in a variety of camera mounts: Canon (ZE), Nikon (ZF), Pentax/Samsung (ZK) and M-42 screw thread (ZS).

For an in-depth review of the individual lenses, go to:  http://diglloyd.com/zf/index.html

The 50mm and 85mm Planar ZE lenses are available in Amazon.com: