My Feature Film Project Gets Into Cinemalaya

Last Saturday, August 15, 2015, the Cinemalaya Foundation finally announced the 10 lucky finalist for its 2016 Main Competition on Full-length Features, during the 2015 Festival Awards Night at the Cultural Center of the Philippines. Cinemalaya is considered to be the most prestigious Independent Film Festival in the Philippines, so film fans from all over the country as well as the Press enthusiastically welcomed the 10 projects that were chosen from an original pool of more than 150 submissions. I am ecstatic to announce that "Dagsin" (Gravity), my first Full-length Feature project, is among the lucky ten. 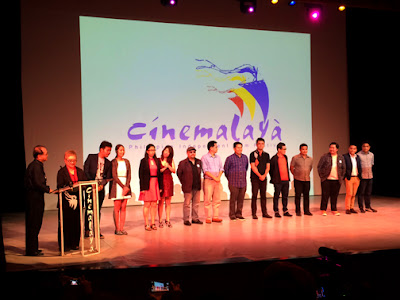 The finalist with Foundation Pres. Laurice Guillen and Festival Head Mel Chionglo
With its goal to promote and develop the Independent Film Industry of the Philippines,  the Cinemalaya Film Festival is arguably the most anticipated yearly independent film competition (our version of Sundance or Cannes) in the Philippines. In the last ten years of its existence, the festival has given birth to most of the country's up-and-coming filmmakers, ushering forth the digital age of Philippine Cinema widely known as "The Philippine New Wave." The festival aims to encourage "works that boldly articulate and freely interpret the Filipino experience with fresh insight and artistic integrity," and Cinemalaya has consistently delivered on this promise by having 5 films, from its ten year roster, be nominated by the Film Academy of the Philippines to represent the country for the annual Academy Awards' (Oscars) Best Foreign-Language film category. 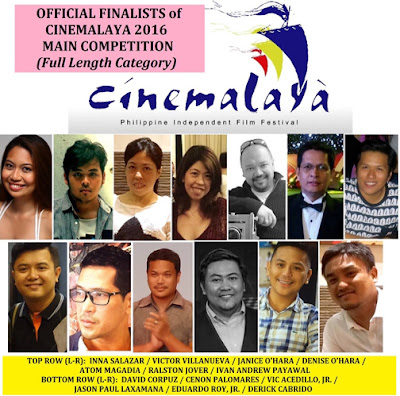