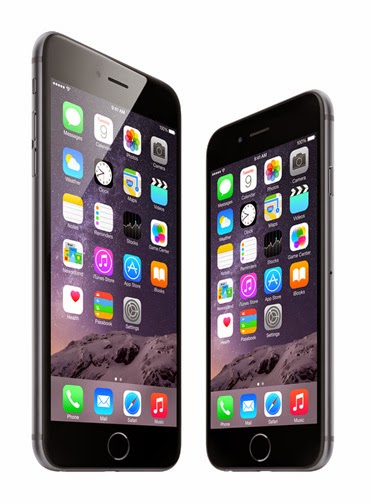 The new IPhone 6 and 6 plus
It has become a tradition of this blog to review IPhones as they come out. If you look to the right-hand column of this page, you can still see the ancient IPhone icon I still use to display my commercial portfolio. I have been an IPhone user since version one and have upgraded almost from one generation to the next with the exception of the last two versions (5 and 5s/5c). My wife continued to upgrade, so I have been suffering comparison with my old 4s for three 3 long years.

My reason for sticking with my 4s was two fold: I have a 64GB version and Apple never expanded the internal memory of the IPhone 5/5s beyond that; and the specs. of the camera on both versions remained essentially the same as the 4s-- 8 megapixel f 2.4 (f 2.2 on the 5s, big deal). Aside from the cellphone, text and email functions, I use my IPhones to take snap shots (occasionally for fine art photography) and as my main music player/IPod. I have been needing a larger capacity smartphone, but Apple has been keeping its maximum memory at the same levels. With just my music and Apps, I have already been topping out at 60+ gigabytes for the last two years. Why would I invest more money on a device that is essentially similar to the one I am already using?

I got a Samsung smartphone as a backup since a lot of people have been raving about them, but quickly got disenchanted because the interface is light years away from the IPhone's. It's hard to describe-- its like driving a Hyundai to Apple's BMW. They are both good functional cars, but they are just not in the same class. A lot of people are critical about the IPhone lagging behind Samsung technology, but I guess to me and to a lot of diehard IPhone users, it all boils down to feel and user experience. I want my smartphone to be an extension of me, not a fiddly gadget I need a manual to figure out. The IPhone's thoroughly intuitive interface, by itself, has kept me loyal to the brand.

When Apple finally announced the newest version of its smartphone last week, the IPhone 6 and its larger twin, the IPhone 6 Plus, the first thing I checked were their maximum memory capacity and their camera specs. I was so relieved to find out that both versions come in 128GB models, although 164GB would be more than welcome. The camera remains at 8GB with essentially the same specs. as the 5s, but with a new sensor equipped with "Focus Pixels" that Apple claims to provide more information on the image resulting in better autofocus, face detection and exposure control. The newer features that got me excited are the camera's capacity to shoot video at 60 fps in 1080p and 240 fps at 720p as well as shoot time-lapse with continuous autofocus and cinematic video stabilization (optical image stabilization too in the 6 plus version). Despite what I still consider to be slight camera upgrades, these are features I gladly welcome since I can now finally take serious video footage with my favorite smartphone. 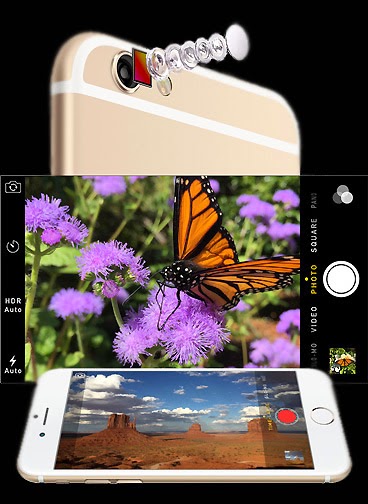 
I waited so long to upgrade that I would have been forced to buy a replacement to my 4s soon, even if I did not want to. It's good to know that the new models have desirable features I can be excited about. Aside from the larger memory and video capacities of the new IPhones, I am also looking forward to the larger size of the IPhone 6 plus. Despite having an IPad, I still tend to do a lot of things on my phone, particularly when I am on the road. The larger screen would make it easier for me to see what I am doing, specially when shooting and editing video.

Aside from iOS8 (with its health Apps and added security features), the IPhone 6 has a new A8 chip with a new M8 motion coprocessor which further improves the smartphone's computing speed and the its ability to sense motion, distance, elevation and bearings . The new models also have NFC and Voice over LTE (VoLTE) capabilities which will impact voice quality over networks in the near future. The battery life was also upgraded, from 10 hours max. on 3G for the 5s to 14 hours for the IPhone 6 and 24 hours for the 6 plus; from 40 hours audio playback time on the 5s to 50 hours on the 6 and 80 hours on the 6 plus.

The IPhone 6 and 6 plus were officially scheduled to be available on September 19, 2014. But Apple is currently experiencing a record breaking number of pre-orders on their website, so shipping will be delayed from 30 to 60 days from the official release date. Which of course means that we won't even get a glimpse of these phones in our carriers here in Manila till after Valentines Day! Oh well, I never had patience for lines anyway... I have already waited for four years on this upgrade, what difference does a few more months make?
--all images taken from Apple.com
Posted by Atom at 3:03 AM