Why I Shoot "Street" 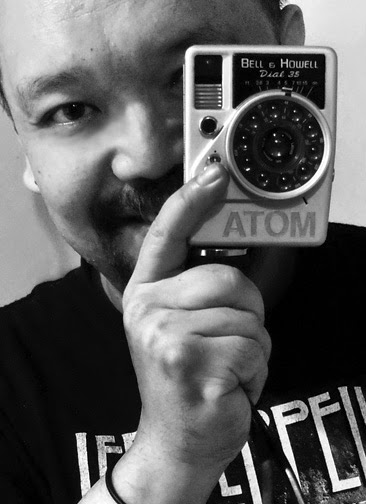 To go forward, we sometimes have to step back...
That is exactly what I did when I decided to branch out formally into "Street Photography," six months ago. After being involved in the Photographic Arts for more than a third of a century, the practice of taking photographs was beginning to lose its magic. From an amateur hobbyist, I had successfully transitioned into a professional who specialized in commercial studio photography. But after years of doing that, photography became "work" and I lost the yearning to photograph anything outside of the "studio," without the "proper" camera set-up-- lenses, filters and lighting equipment. It became so bad, that I actually refused to bring a camera on vacation for several years (even during my Honeymoon, w/c my wife still refuses to forgive) thinking that it would be better to miss a shot than to execute one that was crappy-- of course, I was being seriously philosophical about all this. To me, it was a real choice between bringing tons of heavy equipment or bringing nothing at all, so I gave my wife the lame excuse that it was better for both of us if she just brought her own camera, because she would just lose her patience with me lugging a heavy bag on our vacations, then waiting around for the "right light" to present itself. In truth,  I actually did not want to be weighed down by anything whatsoever when I was on R&R, preferring to "live for the moment" than to be burdened by necessity. 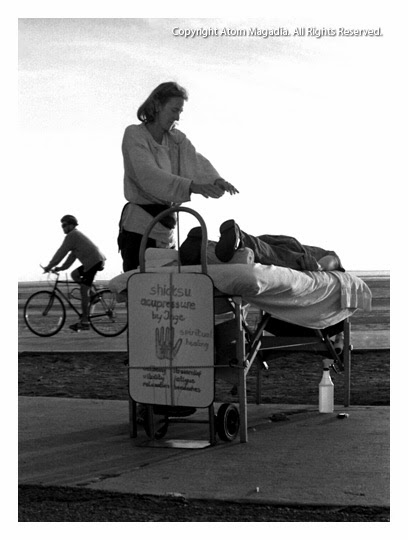 I have been a student of "Zen" since I was a teenager-- reading books as well as practicing "Zazen" in private. I got into Zen Buddhist philosophy because I was practicing Martial Arts during that time and was attracted to the spontaneity it brought its practitioners, particularly to artists. For a while, I even regularly attended early morning "Zazen" sessions with the Monks in the Zenshuji Soto Mission Temple in Los Angeles, and contemplated monkhood. But my photography went the opposite direction. As I got more involved with photography and cinematography while formally studying these disciplines in film school, I slowly associated the process of making good pictures with deliberateness and precision-- with the methodical studio-based approach espoused by Hollywood. I became engrossed in the graphic simplicity and idealistic formality of studio photography, particularly in Fashion (Avedon, Penn, Newton) and Portraiture (Karsh, Newman, Halsman). To me this type of photography was beautifully "Zen" like in spirit; but learned, at the same time, that the techniques involved in their execution were consciously methodical. Their measured quality appealed to me deeply-- both aesthetically and emotionally. So I strove for this standard in my photographic work for years, after all isn't "art" rooted in "art"-ifice? But this rigid approach gradually boxed me in. 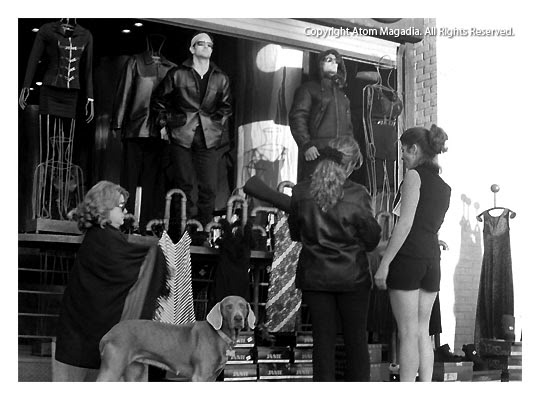 Of course I admired master photojournalists like Henri Cartier-Bresson, Dorothea Lange and Sebastiao Salgado for years. But their type of photography belonged in an alternative universe to mine. I thought that there was a natural chasm that existed between "idealism" and "realism" in photography, that I came to believe that studio photographers and photojournalists were distinguished not only by their specialties and skillsets, but also by their personalities-- which I imagined to be polar opposites. For a long while, I firmly identified with the "photo-romanticists" (editorial and commercial photographers), who created images from their mind's eye, and not with the "photo-realists" (news and documentary photographers) that dealt with the more messier and unpredictable images from real life. I confused specialization as a choice between these two opposing camps.

Boy was I wrong! Because after much soul searching, I found out that like my photojournalistic brethren (and sisters of course), I do have a natural predilection for photographing/filming people more than any other subject. Like them, I am also curious about people-- I love stories and find nothing more compelling to capture on camera than human drama. I other words, I finally realized that I am a voyeur by impulse! 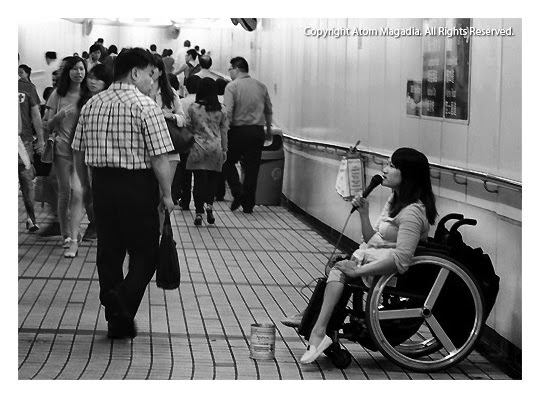 My journey back started in 2009, when I started seriously using the camera on my mobile phone. When you constantly shoot commercially, on a set with tons of equipment and a crew of ten or more, that last thing you want to do on your time-off is to carry a heavy DSLR. I discovered that my old IPhone 3Gs took great pictures and it was always with me. The only drawback was its low resolution. Though the camera was better than my two previous IPhone models, 3 megapixels was still too small for serious application. But the photos I took on that phone were beautiful enough for me to use in my first Fine-Art series "Grounded" (w/c I consider to be my first real "Street" series). Exhibiting those photographs shot with my cellphone liberated me, and I began to shoot again outside of work.

The first important thing I learned when I started shooting again for my own pleasure is that the size of the camera you use matters a lot. As a rule, the smaller and less conspicuous the camera, the more effective it becomes for everyday shooting. I cannot stress this enough for anyone serious about getting into "Street Photography," specially if you shoot candid. I am looking forward to the near future when my main "Street" camera will be my cellphone. But in the meantime, since I personally prefer IPhones (now using IPhone 6+), I still need to rely on a more robust second body. 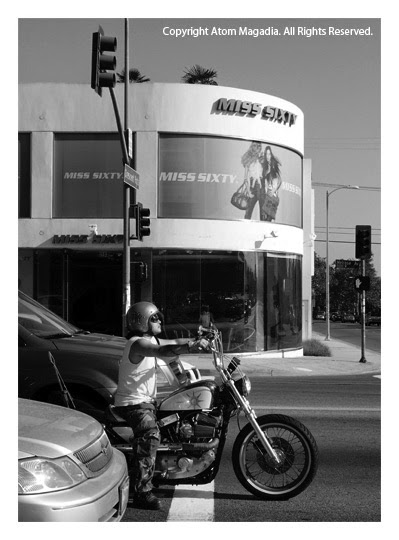 For years I used a Leica D-Lux 3 because it was beautifully compact and could shoot in RAW. It delivered good pictures as long as there was good light. But its sensor's high ISO performance was so bad, that I had been wanting to replace it with a better camera. For a while, I was looking into the Canon M system, since I already have a lot of Canon lenses, but the reviews were so poor that I decided to look at other brands. So my actual impulse towards "Street Photography" can truly be traced to my Fuji XPro-1. With the risk of sounding like a brand commercial (I'm not an endorser), the camera truly geared me towards serious documentary photography because of its size, its rangefinder-like action, its pro-grade flexibility (16 MP, RAW, interchangeable lenses) and its high ISO capabilities. But I soon learned that even the XPro-1 had a downside. It looks too sleek and too professional, that I get accosted incessantly wherever I used it in public (a real downer for serious Street Photography). That slight miscalculation finally brought me to the Fuji XE-1, my current workhorse. It has the same features as the XPro-1, but draws less attention. There are other equally capable cameras out there from Leica, Sony, Olympus and Pentax which I would recommend, as well as fixed lens models from Canon and Nikon, but I am currently happy with my Fujis. 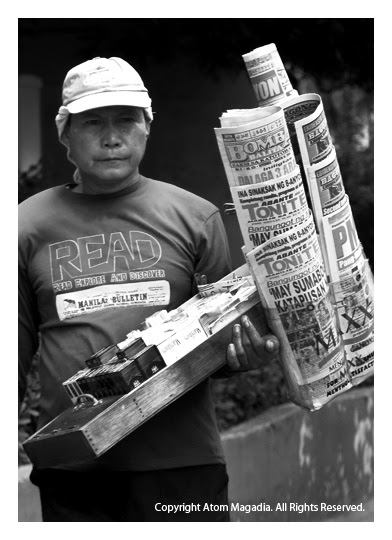 After dissecting my first six months of shooting "Street" formally, I now have a better understanding of what drives me to pursue this photographic art form passionately. Here are the main points, outlined in their order of importance:

- Shooting "Street" to me is a Zen exercise first and foremost. I gives me the freedom and the spontaneity I crave in my otherwise disciplined and controlled daily life. It focuses me on the present and sensitized me to my surroundings. It is my own form of meditation and therapy.

- "Street Photography" gives me a window into other people's lives. This is invaluable to me as a Filmmaker and as an Artist. It seems odd, but people seem to notice that I have become more friendlier and more patient with others ever since I took up this hobby.

- It is a great exercise for photographic perception and timing-- by always striving to capture moments as they peak. "Street Photography" is actually helping me "see" clearer and time my shots better.

- "Street Photography" is the Yin to my commercial work's Yang. Yin, since street-documentary is a passive/receptive type of Art-- the moment comes to you and you just respond; as compared to studio work which is Yang, where you have to actively plan out the shoot-- each variable, from set to wardrobe and from model to pose is deliberate or contrived. I need both, because they balance each other and they feed on one another.

- "Street Photography" adds a dimension of time to my photography. It literally captures an exact moment in time and preserves it specifically as it was happening, compared to "Studio Photography" which strives to be more timeless and ethereal in spirit.

- The act of shooting daily eventually adds up to a substantial body of work. Who knows where it might lead? 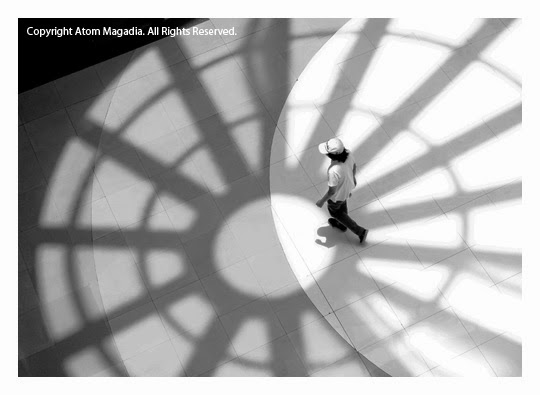 When I picked up my first camera more than 36 years ago, I was automatically empowered to become a "Street Photographer" licensed to capture life as it unfolded around me. Six months ago, I took a step back towards that magical moment, when photography was still a possibility-- when everyday is a new adventure waiting around the corner and each shot an alchemy of split second synchronicities.

Though we aim our cameras on the outside world, "Street Photography" (I believe) is actually an inward journey towards self-discovery. Like any true Art, it aims to unravel the mysteries within our own souls in order to make our truest "Self" bloom... to nurture other souls, in turn.

My passion for "Street Photography" is not only improving my photographic skills overall, it is also transforming my life in countless ways. It keeps me rooted in the present-- making me more aware of my surroundings, particularly of the people that live and work around me but just exist on the periphery of my everyday consciousness. It is also deepening my understanding of humanity, life, existence and Divine Providence. How can it not? "Street Photography" educates us to see clearer, but at the same time, trains us to trust in the harmonics of time and space to create pure poetry.

In essence, "Street Photography" for me is "Zen," practiced in its purest form.


--All Photos are the exclusive property of Atom Magadia
Posted by Atom at 7:07 PM