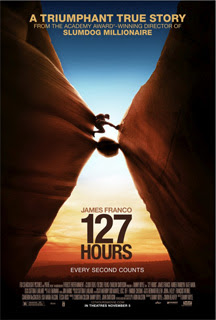 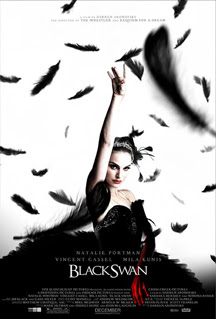 Although I watch the Academy Awards almost every year, I am ecstatic about this year's race because the films competing against each other are extraordinarily good.  Almost all of the movies nominated for "Best Picture" are what most people would consider "Art House Films" -- my preferred genre.
This year's line-up also represents some of my favorite directors in contemporary cinema -- Darren Aronofsky, David Fincher, the Coen Brothers, Danny Boyle, David O. Russell and Alejandro Gonzalez Innaritu.  These talented filmmakers are some of the best and brightest of this new generation.
I thought it might be fun to predict the winners four days prior to the actual event to see whether or not I am even close to the Hollywood consensus.
Best Picture:  Black Swan


In my opinion, "Black Swan" and "127 Hours" should tie for Best Picture.  But there can only be one "Best."
I fell in love with both movies for opposite reasons.  I thought "Black Swan" was brilliant because it is complex and abstract in the best tradition of Antonioni.  "127 Hours" was fantastic because it is unbelievably simple and direct, yet flawlessly executed by Danny Boyle.
I picked "Black Swan" over "127 Hours" because I desperately believe that Darren Aronofsky needs to win for this film.  Not only did he masterfully direct his actors (specially Natalie Portman) in each of their challenging roles, he also managed to create a compeling film about Ballet... an achievement in itself!
But in the end, I have a very strong feeling that "Inception" will win. 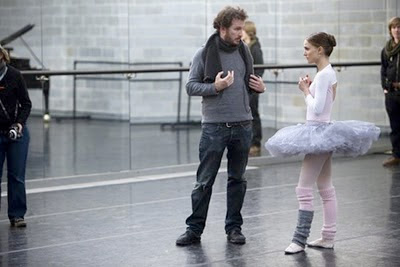 
I think that Darren finally deserves to win the trophy for Directing.  Don't you?  We better hand him one quick... he just agreed to direct "Wolverine."  If he does not get an Oscar for this movie, he might just keep doing commercially viable films from now on.  Remember the brilliance of Francis Ford Coppola before "Peggy Sue Got Married?"  Enough said.
But I have a strong feeling that this Oscar will end up with Chris Nolan. 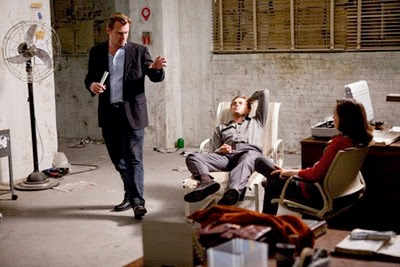 
I think that "Inception" is clever and that its originality rightfully deserves this award.  Although I have very strong opinions about how the dream sequences could have been better, that is a directing choice and does not, in any way, diminish the fetility of imagination that the original author injected into the movie.  This is the Oscar that Chris Nolan should rightfully win.
But I have a feeling that they will give the statue to "The King's Speech" (because they have to let the other movies also win something). 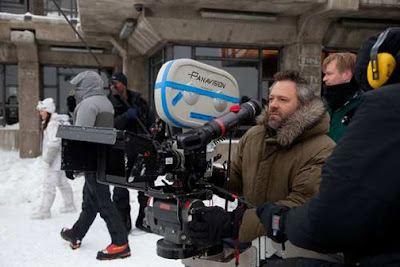 
This is another Oscar that "Inception" (including Special Effects) rightfully deserves.  The movie is brimming with Special Effects Cinematography.  When it comes to "Inception's" photography, the question we should ask is "what particular effect was not used?"  Besides, Wally Pfister already won the ASC award, two weeks ago. 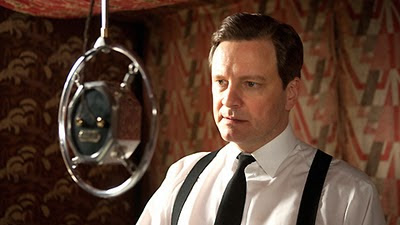 
Colin Firth is another shoo-in for the Oscar, after winning the Golden Globe for Best Performance by an Actor last month.  After seeing "The King's Speech," I was certain that he has a great chance of winning this award, after all, the Academy has a history of awarding performances in roles that depict a handicap or a disability -- and Colin Firth's portrayal of King George's speech impediment was exceptional!
Leonardo DiCaprio is conspicuously absent in this list considering that he had two movies in 2010, "Inception" and "Shutter Island."  Well... there must be an interesting back story to that:)
Anyway, I'll go with Christian Bale for Supporting Actor in his performance in "The Fighter."  Like Colin Firth's performance, it was hard to miss and glorious to watch! 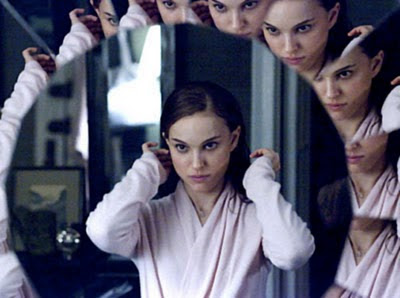 Natalie Portman on the set of Black Swan
Best Actress:  Natalie Portman﻿
Although, I must admit that I haven't seen the performances of the other actresses nominated with Natalie Portman to make a fair judgement, Natalie really deserves this trophy.  Her performance in "Black Swan" is not only exceptional, but sublime.  "Black Swan" (with the exception of Darren) is what it is, because of Natalie Portman's performance.  Besides, she should get the statue just for training one year before even shooting and for going through a rigorous diet and exercise regiment that would kill an Olympian.
For Supporting Actress, I was impressed with Amy Adams' performance in "The Fighter."  I literally had to look twice to confirm that it was really her, because for a moment, I thought she was a different person.
There you go... my personal picks for the Oscars.  I will write a follow-up entry to see how I measured compared to the actual results:)  Goodluck to all the nominees.
Posted by Atom at 6:47 AM