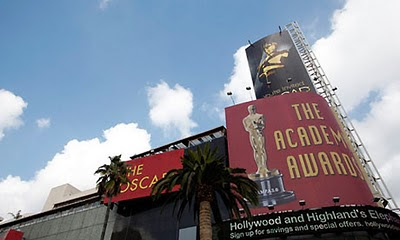 It's Oscar Night once again and Hollywood is concentrated on the intersection of Highland Avenue and Hollywood Boulevard.  I am excitedly awaiting the results of this years hotly contested awards ceremony since this year's nominees represent some of the best new filmmakers and actors of this new generation (almost half of the acting nominees are younger than 40 years old).

Price Waterhouse Coopers with the results 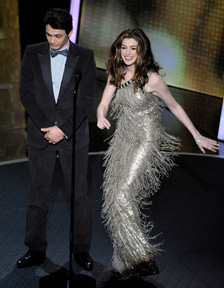 Anne Hathaway and James Franco Hosting the event
I made my own predictions for this years race on the blog entry below: Best Picture, Best Directing, Best Cinematography, Best Original Screenplay, Best Actor (and Supporting Actor) and Best Actress (and Supporting Actress). 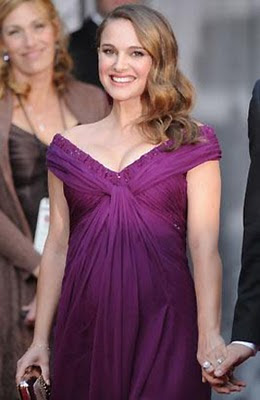 Here are the actual Winners:

Here are the winners from the other notable categories:


All in all, my picks were on the money... I missed out on three out of nine, 1/3 -- not bad. I guess I just have a totally different perspective on what a good movie is.  I definitely think that "Black Swan" and "127 Hours" are both better movies than "The King's Speech" from an artistic perspective and that Darren Aronofsky or Chris Nolan should have won for Directing because directing is also about "vision." Oh well, at least I got my radar straight when it comes to the technical aspects of Acting, Cinematography, Writing and Visual Effects!
It's party time, Hollywood.
--Pictures from Reuters and AP.
Posted by Atom at 7:44 PM