Picasso And Matisse With Their Muse 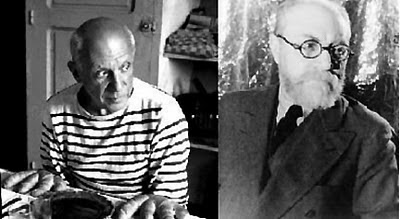 The rivalry and friendship between Pablo Picasso and Henri Matisse has facinated me for years.  These titans of 20th century art have influenced and inspired each other to push the bounderies of painting to its limits... and brought their art to its inevitable conclusion -- Abstraction.  "You've got to be able to picture side by side everything Matisse and I were doing at the time," Picasso said toward the end of his life. "No one has looked at Matisse's paintings more carefully than I; and no one has looked at mine more carefully than him." 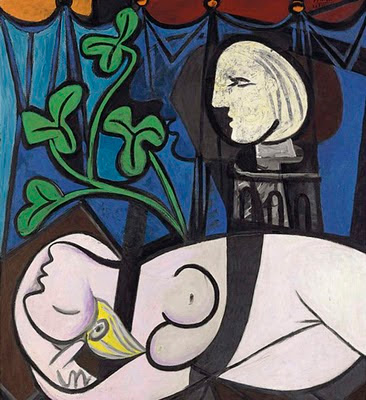 Picasso's "Nude, Greenleaves and Bust"
These two artists have been in the headlines lately, side by side, as usual.
Picasso's painting, "Nude, Greenleaves and Bust," became the most expensive art work ever sold at auction last May, when it fetched $106.5 million at Christie's in New York.  It is currently on display at the new Pablo Picasso room on the third floor of the Tate Modern (gallery) in London.
It was announced about a month ago that Al Pacino has signed on to play the role of Henri Matisse, in the upcoming movie titled "Masterpiece" by Canadian director Deepa Mehta, who was nominated for an Oscar in 2006.  The bio-pic will be centered on Matisse's relationship with his nurse and muse, Monique Bourgeois.

In 1941, a 21 year-old nursing student named Monique Bourgeois responded to an ad placed by Henri Matisse for a “young and pretty night nurse.”  Matisse, then in his early 70's, was recovering from an intestinal cancer operation. He made a few drawing and paintings of her, and even taught her perspective after discovering that she was an amateur artist.  But war separated them for a few years.
They were reunited after the war.  But by that time, Monique already took her vows as a Dominican Nun.  Their friendship would culminate in what Matisse considers his greatest life achievement, the Chapel of the Rosary in Vense. 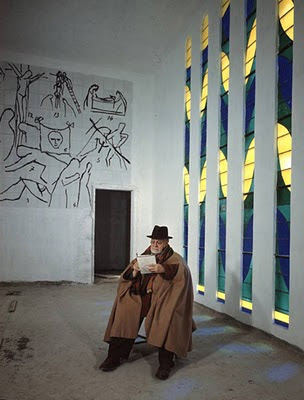 Matisse inside the Chapel of the Rosary
The artist and his former nurse began collaborating on the chapel after the Nun showed him a sketch she made of the Assumption.  Matisse insisted that the sketch be turned into a stained-glass window for a chapel they will be designing together.
Aside from being a creative adviser, the Nun served as the liason between Matisse and the Church. Monique sheilded him from the opposition of the local diocese, who were appalled that an artist who painted nudes was designing their chapel. 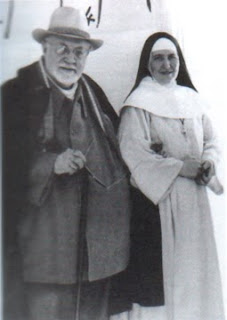 Matisse with Sister Monique
The chapel opened in 1951 and the French Press sensationalized the relationship of the "Artist and the Nun," to the extent that a reporter from the Paris March asked Monique if the Nun ever posed for Matisse in the nude. She was quoted as saying that, “No one could say there was anything improper between us because there never was.  But I really have a deep affection for him.”  In a letter to his friend, Matisse likened his flirtation with Monique as fleur-tation, because “what takes place between us is like a shower of flowers—rose petals that we throw at each other.” 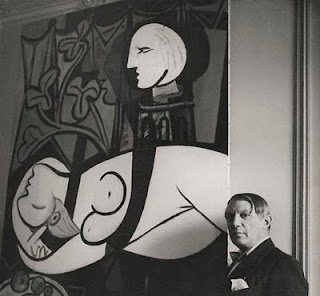 Picasso's 1932 painting, "Nude, Greenleaves and Bust," features his mistress Marie Therese Walter.  He began his relationship with Marie when she was just 17 years old and while he was still married to his first wife Olga.
When Marie became pregnant, Olga left Pablo with their son but he never divorced her.  Their daughter, Maya was born in 1935, but Picasso never married Marie because he wanted to avoid the division of property dictated by French Law in case of a divorce.  She was replaced by Dora Maar in 1936.
Marie met Dora Maar accidentally in Pablo's studio while he was painting Guernica.  The women demanded that he chose between them.  But he responded that they had to fight it out between themselves.  Pablo describes the "wrestling match" that ensued to be one of his choicest memories. 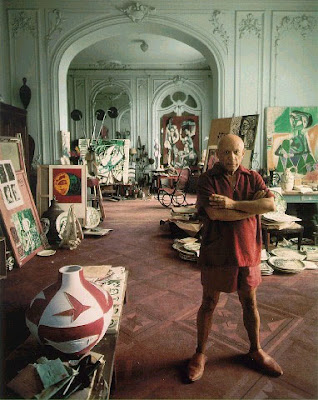 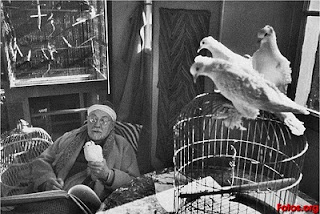 Friends and rivals.  Two artists sharing similar sensibilites, but with personalities totally opposite from one another.  Lovers of women, but from totally different perspectives -- one abusive, the other nurturing.  Giants both!
They shared the limelight with each other more than half a century ago.  They are still equally relevant today as they were yesterday... and their names will forever be intertwined.
Posted by Atom at 11:11 PM