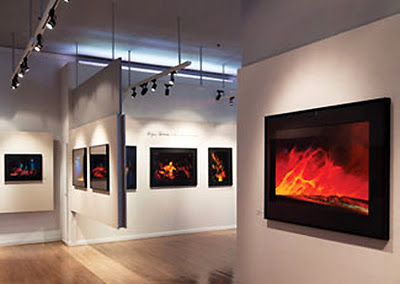 The Exhibit at the Center for Photographic Art in Carmel, California
The first time I came across Wynn Bullock's "Color Light Abstractions," I literally gasped at the simplicity, breath and magnificence of this largely forgotten, ground-breaking body of work.  In 2010, the Bullock Family Estate started a traveling exhibit of the newly scanned high-resolution prints of "Color Light Abstractions" from Wynn's 35mm Kodachrome slide originals.  The transcendental beauty of Wynn's images have finally been printed in the way they were originally photographed in the transparencies.
"As sounds in a musical composition can be used not to express physical objects but ideas, emotions, harmonies, rhythmic orders and most any expression of the human mind and spirit, so light can be used visually to express the mind and spirit." – Wynn Bullock 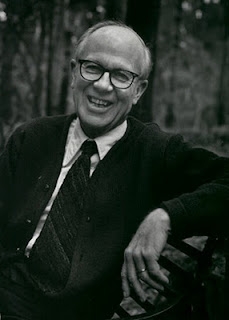 One of the great American Photographers of the 20th century, Wynn Bullock discovered photography in Paris in the 1920s while pursuing a career in singing.  After discoving the works of Man Ray and Lazlo Moholy-Nagy, he bought his first camera and began taking pictures.  It took more than 10 years before he decided to pursue it seriously.  He graduated from the Art Center College in 1940, where he experimented with alternative processes like solarization and bas relief.  His early experimental work was exhibited in one of the L.A. County Museum’s early solo photographic exhibitions.
In the early 1960s, Wynn Bullock started experimenting with color and light.  According to him, he was always facinated by light -- "As long as I can remember I have been fascinated by light…light as a force and an entity in its own right. I recall as a boy finding pieces of glass on the California desert. Some pieces were of recently broken bottles. Their colors were familiar and didn’t excite me. Occasionally, however, I found pieces of very old glass with beautiful prismatic colors. I thought only light and time could have created these colors and I was deeply moved."
Playing and experimenting with pieces glass shards and crystals, he came up with his own process of directly capturing light and color in film -- "I discovered that I could take a piece of crystal or glass – very fine optical glass – and crack it up. A large piece can break into thousands of little pieces and each one of them comes out with just a beautiful fracture. I would put a few little pieces on a contraption of 8 or 10 layers of glass and I’d have a light underneath. And then I would use other lights. As I moved the pieces around against colored materials [e.g., shards of stained glass and colored cellophane], the fractures would begin to show up in different ways.  It was such close-up work. You couldn’t identify the glass, but by being that close and out-of-focus, all kinds of strange and beautiful optical shapes and effects would form in space. To me that’s real, that’s no illusion. I could move one of these little pieces and it would change the whole character of the picture. I used every kind of light – prismatic light, lights under, lights to the side…. I could move the lamp, I could move the light underneath – I could control the form of the optical image. I wouldn’t use them all at the same time, I would just use them creatively.  When making these pictures, I use light not to make objects recognizable, but to create beautiful pictures in color, line, surfaces, texture, forms, and space dimensions through the action of light as it strikes objects."  The "Color Light Abstraction" series was created using this simple technique.
He was excited by the images he got on his slides, but he was frustrated by the limitations of color printing technology at that time.  After printing a few examples, which were not to his standard, he went back to Black and White photography.  His "Color Light Abstractions" were shelved for almost 50 years, until the newly scanned digital reproductions were released a couple of years ago.
These pictures inspire me to explore Photography in a different level -- directly with light (as opposed to reflected light).  I have always been a fan of Wynn Bullock's more known photographs because of their elegance, and partially because he was a fellow Alumni of Art Center.  But his "Color Light Abstractions" are an achievement of genius -- simple, elegant and profound.  Now, I am not just a fan, but also a disciple. 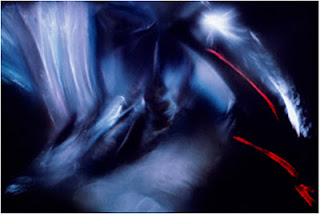 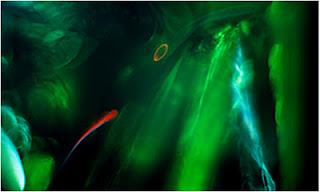 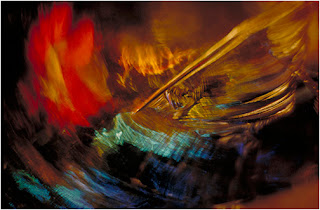 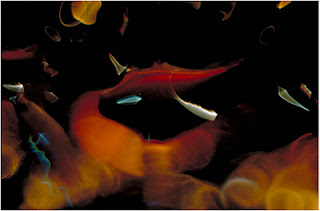 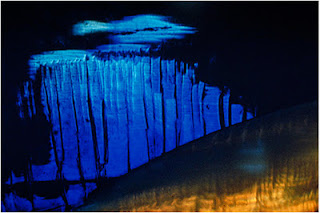 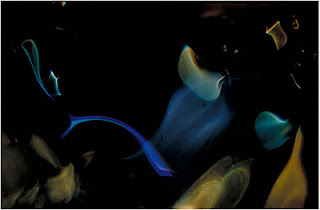 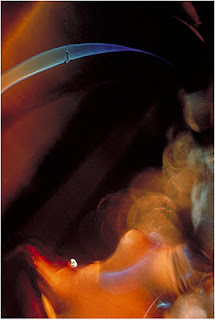 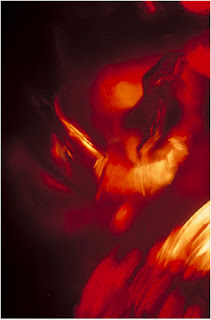 All pictures are the exclusive property of Bullock Family Photography, LLC.
Posted by Atom at 12:12 AM