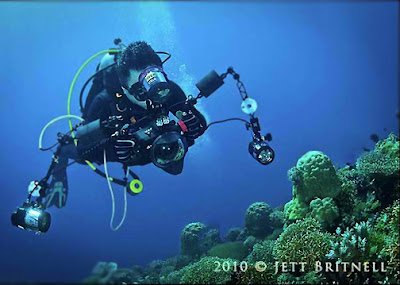 Stewart capturing beauty underneath the waves
Stewart Sy's love affair with nature and the wild started at a very young age.  Growing up in the Philippines, he fondly recalls spending a lot of his free time pouring over the catalogued back issues of National Geographic in the Xavier School library (we were classmates), dreaming of one day visiting all those exotic places and experiencing the grandeur of the wilderness captured by the magnificent NatGeo photographers.  After graduating from college (DSLU) in 1989, Stewart migrated to Canada to follow his family.  In Vancouver, he discovered a dive shop a few blocks from their house.  He signed up for a course, and the rest is history -- he has been diving now for more than 20 years. 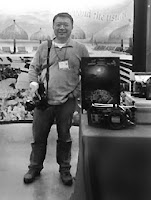 Stewart discovered photography pretty much the same way, by accident.  People were curious about his new diving hobby and were badgering him about it.  So he finally decided to bring a camera with him during his diving expeditions to capture some of the beautiful things he saw underwater.  This second hobby also became an obsession.  Not only did he become a diving photographer, he liked photography so much that he became a part-time freelance commercial photographer too.  Aside from this, he runs two photography related businesses:  one that offers professional digital scanning services; and the other, a dealership offering aquatic photographic equipment and accessories. 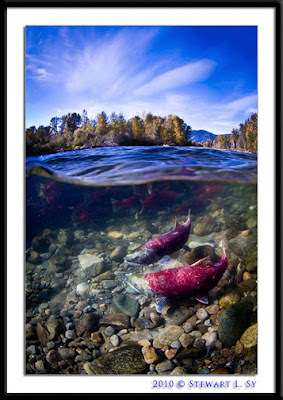 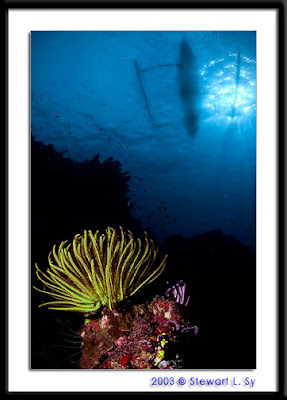 Stu and I lost contact after we graduated from High School, so I was not aware of his photography until we reconnected in Facebook last year.  Stewart would post some of his work once in a while, and I was soon impressed by the consistency of his vision and skill.  He has an unmistakable artistic 'eye.'  According to him, he drew and doodled a lot when he was younger, but he never formally studied photography or any other art form.  Amazing, is the first word  that comes to mind, whenever I think of his photographs.
I interviewed Stewart to get a better insight into his photography, his vision and his art:

How and when did your photography start?

I never really owned a camera till after I started diving.  My Aunt gave me a small Yashica P&S, that used those old 110 cassettes.  I had no clue how to use it.  But my friends and family were asking me what I saw "down there," so I thought I'd try to bring back some pretty pictures.  I didn't know anything about photography, didn't know the difference between an f-stop or a pitstop.  My next camera was a Sea & Sea Motomarine Ilex.  It was a very basic 35mm rangefinder with a f3.5 fixed lens, that came with conversion lenses for macro and wide-angle.


Did you take any classes or do you have particular books you would like to credit for your growth as a photographer?

I've never really taken a course on Photography, I just kept ordering books on Amazon.  But it was really meeting some folks on a couple of dive trips, that encouraged the photo bug to bite... really HARD.  A lot of my diving and photography that time, was done here in Canada.  I had two local photographers that I really admired, Jett Britnell and Dale Sanders.  Dale came out with a book entitled, "The Emerald Sea" with amazing images of diving here in British Columbia.  I was really inspired, to someday have images that would at least be close to what they were getting.  I am proud to say that both of them are now good friends of mine.

What is photography to you?

Hmmm, good question.  I always loved to doodle and draw when we were still in Xavier, but then that was just put aside when I went to the University... then Canada happened.  Anyway, to answer your question, it's my "window" to what's out there.  It's how I try to see the world in my mind's eye and then put to film (or now...CF card). 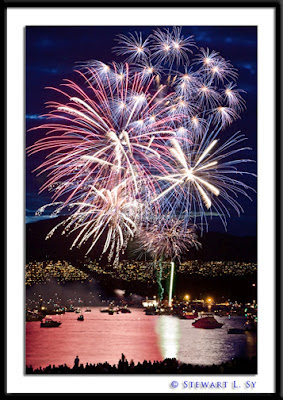 What are the primary elements you concentrate on to get good photographs?

It depends on the subject matter.  There's the usual stuff, strong foreground subject, eye contact, no fishbutts:)  But ultimately, I just have to like what I see.  I don't consciously divide the viewfinder into the rule of thirds; or leading lines; or other compositional rules.  I scene I see has to work for me, then I take the shot.

Why wildlife?  What makes it interesting for you?

Animals don't talk back!  Seriously, people have a preconceived mental image of themselves, and if the image you take isn't what they like...  But it was the underwater world that first got me into photography, then later it was topside critters and then, the landscape.  It sounds corny but this communing with nature stuff really calms me down, takes me away from the stress of the daily grind. 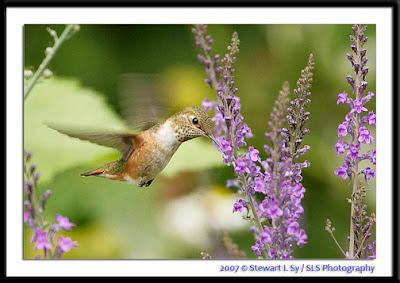 Aside from wildlife, what other themes or subject matter interest you?

Well, I love night time photography, cityscapes or moonlit scenes.  I find that there's so much more drama in what's inferred by the shadows rather than what you see during the day.  I've also started to do a bit of portraiture... but this started when my son was born, I must have gigs and gigs of images of him.  Using speedlights in creative ways is now on the list of things to try.

Who are your favorite photographers?

Well, in the underwater world, I've mentioned Jett and Dale.  I've got some other friends who I count on as doing amazing images, there's Woody Mayhew, Kelly Bracken (my older sister), Peri Pelaracio (who is also my guide when diving in Anilao), Eric Cheng, Dr. Alex Mustard, my dive buddy Nick Lawlor, who got me into the housed DSLR world.

For topside wildlife, No.1 is my friend EJ Pieker, then there's Greg Downing, Andy Rouse and Andy Biggs.  Lately, I've been closely studying Joe McNally, Scott Kelby and Cliff Mountner for their work with portraits.  Oh, and of course, there's David Hobby and Syl Arena.

What are your favorite camera gear and why?

I drink from the well of Canon.  I've used their equipment since I started 'seriously' in photography.  Nikon makes great gear too, but I'm too heavily invested in Canon lenses to even consider switching.  I love both the 5D mkII and 7D bodies.  My go to lens for underwater right now is the Tokina 10-17 Fisheye.  I use Aquatica underwater housing (I am a dealer) and underwater strobes by Sea & Sea.  For my portraits, I use the light, fast and stunningly sharp Canon 70-200mm f4 L IS. 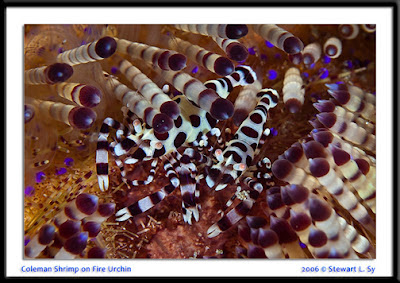 How many times a year do you go into safari with your cameras?

I try for 2-3 actual photo excursions a year.  At least one trip to the Philippines to dive, then smaller excursions around here.

Please mention the places you have been to, around the world to dive or shoot wildlife in.

A lot of my topside wildlife has been here in British Columbia.  I used to shoot for a falconry training center.  I still get to shoot with them once in a while, so I have access to the eagles and hawks, etc.  I got to see Grizzlies in the wild last fall.  BC is synonymous with Salmon, so those two go hand in hand.  In fact, I just booked my trip back to that area this September.  We also had a big influx of Snow Owls nearby (15 mins. drive from my house) so I got to shoot them a lot.

For diving, I've gone up and down the West Coast -- California, Washington and throughout BC.  I've been to the Caribbean once, but it is much more convenient for me to head to the Philippines than there.  Plus, I think the diversity of fishes and corals are much better in the Indo-Pacific region.  I also run dive trips to the Philippines and have close ties with quite a few resorts, as well as the Philippine Department of Tourism.

Stewart was kind enough to provide me with a wide selection photographs to choose from, so here is a sampling of his work: 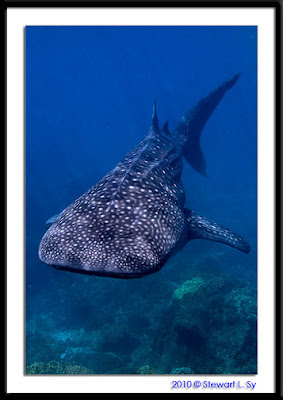 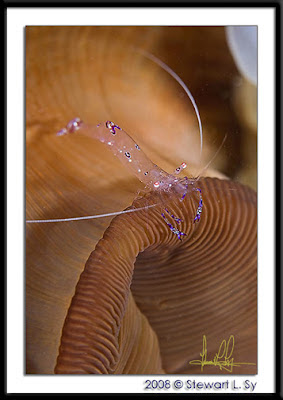 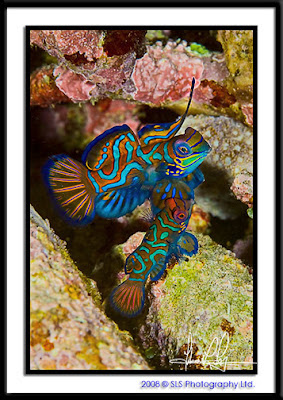 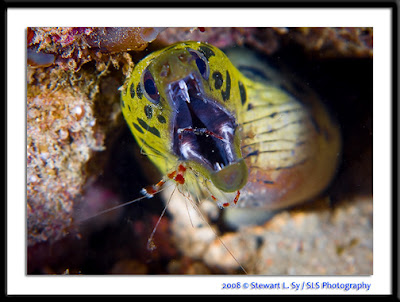 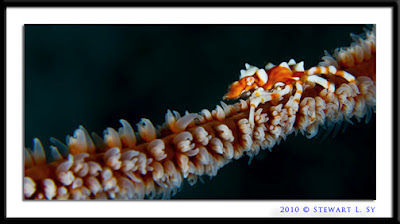 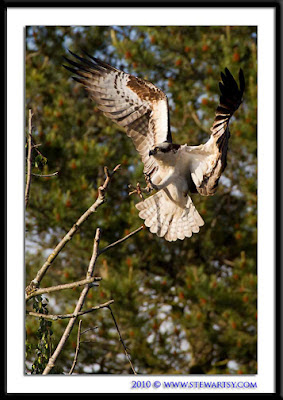 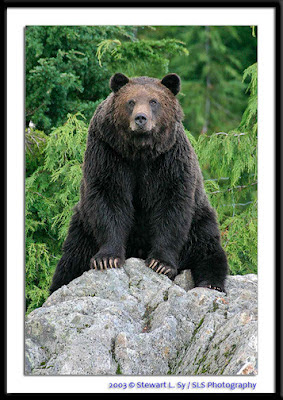 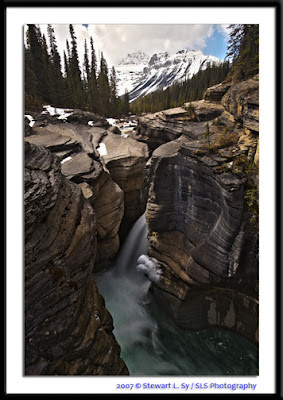 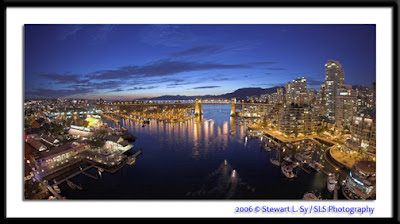 --all the photos courtesy of Stewart Sy.
Posted by Atom at 12:12 AM

I want to salute them who captured marine life's photographs in keep their life in great danger, any single wrong step may be fatal for their life, and present for us amazing photographs.