The Romantic Manifesto By Ayn Rand 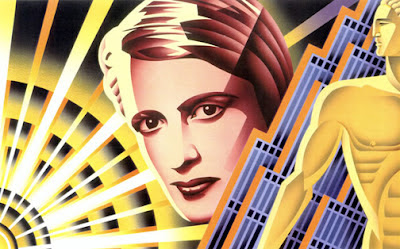 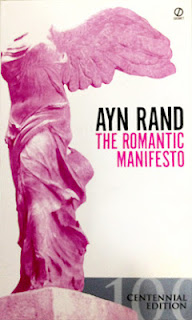 Ayn Rand, the writer widely known for her best-selling novels: "The Fountainhead" and "Atlas Shrugged," is also a renowned philosopher credited for developing a philosophical system she called "Objectivism."  An advocate of Individualism and free-market capitalism (she grew up during the Bolshevik Revolution in Russia), she is often misunderstood as an extreme Conservative, due to her associations with the Republican Party.  But she specifically clarified her position as follows -- "I am not primarily an advocate of capitalism, but of egoism; and I am not primarily an advocate of egoism, but of reason. If one recognizes the supremacy of reason and applies it consistently, all the rest follows."  She vehemently opposed statism, which she understood to include theocracy, absolute monarchy, Nazism, fascism, communism, democratic socialism, and dictatorship.
In her book, "The Romantic Manifesto," she tackles the subject of "Art," and clearly defines its nature and its place in the order of human endeavor.  I highly recommend it to every Artist (no matter what discipline) as a definitive philosophical treatise on the topic of Art and its purpose in our lives.  Like all philosophical expositions, this aesthetic manifesto suffers from the author's own biases and limitations (photography and cinema were not even considered in her list of Arts) for Ayn Rand is human after all.  But if we are mindful of these minor flaws, we can readily distill the brilliance of her discourse.  Reading it gave me a clearer understanding of my role as an artist, and it also offered me an outline of an ideal to strive for in my own work.
Here is a brief excerpt from the book.  I always marvel at the clarity and the precision of Ayn Rand's statements and definitions:
"By a selective re-creation, art isolates and integrates those aspects of reality which represent man's fundamental view of himself and of existence.  Out of the countless number of concretes-- of single, disorganized and (seemingly) contradictory attributes, action and entities-- an artist isolates the things which he regards as metaphysically essential and integrates them into a single new concrete that represents an embodied abstraction.
Art is the concretization of metaphysics. Art brings man's concepts to the perceptual level of his consciousness and allows him to grasp them directly, as if they were percepts.  This is the psycho-epistemological function of art and the reason of its importance in man's life.
Just as language converts abstractions into the psycho-epistemological equivalent of concretes, into a manageable number of specific units-- so art converts man's metaphysical abstractions into the equivalent of concretes, into specific entities open to man's direct perception.
Art is not the means to any didactic end.  This the difference between a work of art and a morality play or a propaganda poster.  The greater a work of art, the more profoundly universal its theme.  Art is not the means of literal transcription..."
--Graphic and quotes directly taken from Ayn Rand's The Romantic Manifesto, Signet - 100 Centennial Edition
Posted by Atom at 12:12 AM