Being Sensible About Street Photography 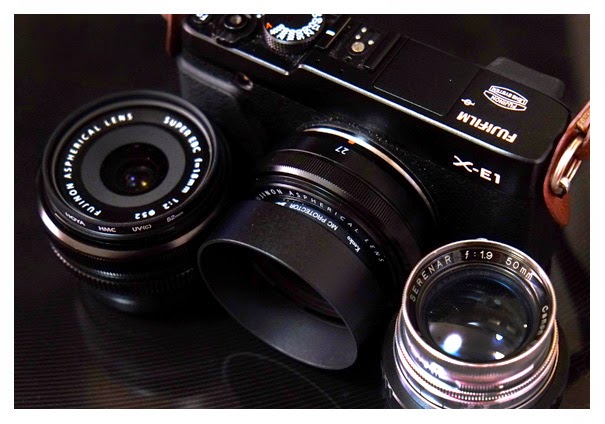 My daily weapon of choice: Fuji XE-1 with the 27mm pancake lens
I am skipping the 13th week installment of my "Weekly Street Photos" to write an essay about my own personal beliefs on the practice of "Street Photography" in general.
I am avoiding no. 13, because it seems to be a general practice the world over (even my apartment building ridiculously omits listing a 13th floor on the elevator). Since a lot of people subscribe to this superstition without actually questioning its Templar origin, must I follow their lead blindly? If you agree, then please stop reading. What I am about to say, might seem offensive to you!
For the sake of argument, I should probably start referring to my "Street" photos as "Street Documentary" or "Street Photojournalism," because the term "Street Photography" apparently comes with a lot of baggage. Some street photographers I've come across are so dogmatic about the term "Street," they insist that "real practitioners" of the art should stick by a prescribed set of rules-- that encompasses, not only the aesthetic qualities that each photograph must contain, but also on what subjects can be included, where it must be shot and what equipment should be used.

As a commercial photographer who has shot hundreds of commissioned work on assignment, street style photography attracted me specifically because of the implied freedom to shoot anything I want, when I want, in any way I want. If what I am doing is not "Street" in the strict sense of the term, please tell me so I can stop referring to it as "Street Photography." The hard-core zealots of the movement should not worry, since I use the term loosely-- I literally shoot outside on the streets. If a lot of people have objections on my personal methodology or aesthetic choices, "Personal Documentary," "Street Documentary," "Street Photojournalism" or even "Street Safari" are equally good labels I can readily substitute to refer to the type of photography I do. 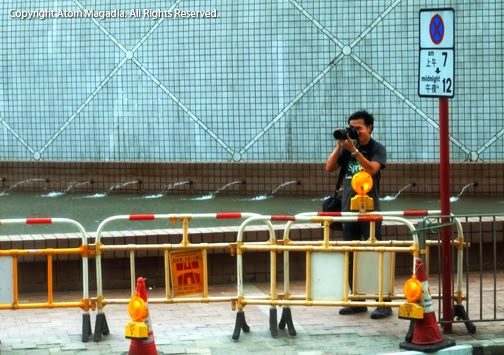 
Whenever I photograph out on the street freestyle, I feel like a hunter stalking game-- aiming to capture fleeting images of 'life' as it flows around me. All at once, I feel connected to my surroundings, at peace with the moment and one with my camera. This wonderfully fulfilling intimate connection to the world is driving me to pursue this type of photography with a passion that borders on the obsessive, and motivates me to carry a camera every single day.
I have come full circle. When I got into photography 36 years ago, I was essentially a street photographer-- I shot anything and everything around me that caught my attention. I transitioned into amateur photojournalism when I became the photographer for the school newspaper and yearbook. We still used film back then (early 80s), so I also learned how to develop my negatives and print my photographs in the darkroom. I neglected my photography for a couple of years during the time I was in college, and for a few years after that; but formally studied it (with cinematography) when I went back to film school in the mid-90s, then finally pursued it as an alternative career 8 years ago. I got back into personal documentary photography when I began using the Fuji X system earlier this year, because the cameras are delightfully compact yet can deliver high quality professional images in almost any environment.
It would be a tragedy to put something as magical as "Street Photography" inside a box. I agree that rules and limitation can sometimes breed creativity; but it does not work for everyone all the time, particularly for those who engage in Street Photography for sheer pleasure, not merit or acclaim. Rules are for contests and competition, not Art. The limitations (or restrictions) of an art form naturally springs forth from the limitations of the medium itself-- never prejudice. Dogma breeds a certain cerebral paralysis that goes against spontaneity,  the very instinct needed to cultivate good documentary photographs. 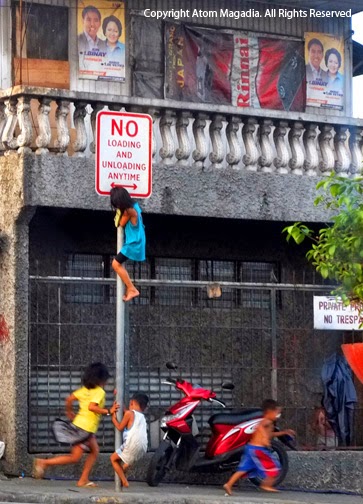 
The Street Photography community often cite famous Photojournalists as their ultimate role models, but some have failed to idolize them in a realistic manner. It is true that legendary photographers like Robert Capa, Henri Cartier-Bresson, W. Eugene Smith, Gary Winogrand, and even Sebastiao Salgado all use rangefinder film-based Leicas with prime lenses. But modern photojournalists (1990s onward), like the ones currently shooting for Time and Newsweek as well as National Geographic, have mostly switched to using DSLRs with high quality zoom lenses because these cameras can get the job done faster (less lens swapping), more accurately (by seeing exactly what the lens sees) and cheaper (less lenses to carry, no film to worry about). Unfortunately, excellent zooms did not exist before 1980. If they did, I'd bet that a majority of our Photojournalistic Icons would have probably switched, because it would simply be more practical (though a little heavier). Because these photographers care more about the image they capture, than the brand or type of camera they carry.

We all understand the trade-off between primes and zooms, but when you are  a working professional and need fast, accurate framing in a war zone, I think most would agree that zoom lenses are better suited for the job. In my case, I actually do use my primes more, at an almost at a 70:30 ratio to my zooms for my "Street" work, simply because the Fuji XE-1/27mm pancake combination is beautifully compact and inconspicuous, yet accurate enough to get the job done every single day. But during the rare days I dedicate to shooting "Street," I carry the XPro-1 with the 18-55mm zoom or the 35mm.  But in any case, I just want to put the argument out there that there is no reason to snub or ridicule photographers who prefer using zoom lenses for their "Street" photos. Why do we have to limit ourselves and others needlessly?
Another stigma that persist in Street Photography today is about cropping. Photojournalists crop, it is within the nature of their work. Shooting during a critical situation or capturing images in the midst of chaos (war, crime, rebellion, demonstrations, catastrophies, disaster zones) is never conducive to precise framing or focusing. The final images must be cropped to suit the publication (newspaper, magazine, books) or the final media (TV, web) it will be presented in. During the film era, images where resized or cropped by magnifying the negative-- projecting a larger image by moving the enlarger head far enough from the photo paper. So why the prejudice against cropping? If you shoot from the hip, like I sometimes do (in sensitive locations), cropping becomes a necessity.
Photo manipulation is another no-no in some "Street" circles, but all the legendary photographers from the past all did it in some form. Of course they did not do it digitally like we all do now, but they timed their print's exposure as well as its chemical processing in the darkroom. They also pushed or pulled their film stock, as well as dodged, burned and manipulated their photos under the enlarger. It was limited, but these techniques can all be classified as 'photo manipulation.' Photoshop and Lightroom are our modern darkrooms, what is the big deal? 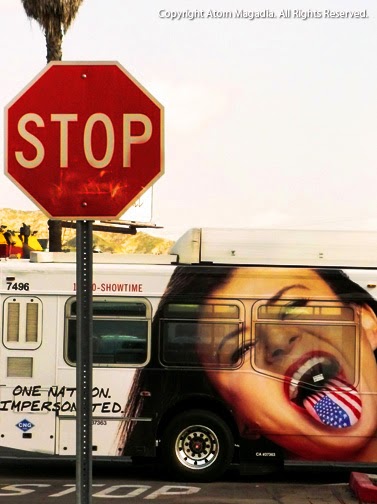 "STOP !" Los Angeles, USA
The classic mode of most "Street" photographs is still Black and White, because most of the best work from the past in this genre where shot using B&W film. Henri Cartier-Bresson, when asked about using color famously said, "It's disgusting. I hate it!" The purists often cite his statement as an evidence of the unsuitability of color photography to quality "Street" work or photojournalism. But if you research further, Cartier-Bresson qualified his statement by continuing to say,"but then there are the printing inks and all sorts of different things over which you have no control whatsoever. There is all the interference of heaps of people (from the lab), and what has it got to do with true color?" What he was actually trying to say was that color technology during his time, was still primitive and did not accurately translate what he actually saw in real life. Modern digital technology has changed all that. Unlike chemically based color photography using film, we now have better control of color using state of the art sensors, software and high-grade printers. So we should not readily dismiss color in our "Street" photos.

I shoot in color 100% of the time, but convert half of my files to Black and White during post depending on suitability. In my opinion, there are photos that are better in color and others that are better in monochrome. But I like having that choice in post, not before I click my shutter. With the "quick on the draw" nature of Street Photography, where you have to be ready to shoot without the benefit of even adjusting focus, I strongly believe that shooting just in B&W limits my options more severely. Of course, this is just a personal preference. Take it or leave it as you see fit! 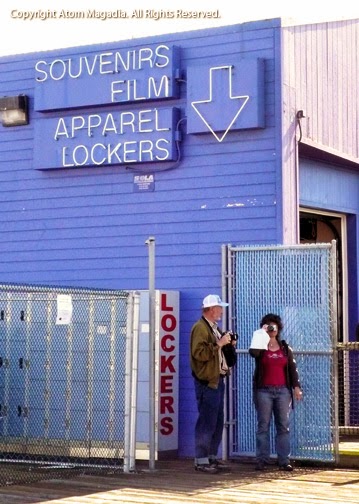 
The only rule I stick by, regarding my own "Street" work, is that it always has to be candid. But this is also just a personal preference I impose upon myself, never on others. Restrictions and limitations can sometimes challenge us to go beyond our present skills and can be conducive to creativity, but we should never mistake it to be the sole engine for good Art. Freedom of expression should go beyond just subject matter and treatment, it must also extend to method and execution. Like the Democratic principles we all cherish and fiercely protect, we must all give each other the freedom to execute our photography in any way we see fit, and leave rules and restrictive criteria to individual choice and practice. Isn't it silly to prescribe a particular brand or even type of brush (sable for example) and claim it to be the only authentic way to paint a masterpiece? So why do we do this with each other's photography?
Let's all be tolerant of each other's personal processes and methods, after all we seek the same thing in the end: beautiful images that validate our relationship to our environment, our artistic vision and our keen sense of timing. Technology marches forward and it is just natural for us to adapt and utilize these new tools and processes in the service of our Art-- the very personal, enigmatic and psycho-transcendental branch of Photography we simply refer to as "Street."

--All Photos are the exclusive property of Atom Magadia
Posted by Atom at 7:07 PM

Ah yeaJust simple common sense. Good article that i hope some of th"togs"read and take notice of. Agree about th fuji Got the xt1 last week and the 35