Photographs of the "homeless" (Manila's Homeless, Manila's Urban Aetas), can be offensive to some people. But ever since I started shooting on the actual streets of Metro-Manila, my camera refuses to turn away from a reality that readily greets me anywhere I look.
In the Philippines, a third-world country, you would have to be blind not to notice the reality of poverty everywhere you go-- particularly in the urban areas. There are a lot of people in this country who look negatively at photographers and filmmakers who highlight these scenes of desperation, citing that we propagate the negative image our country is getting internationally. But try as I might, I can never turn my eye away from this problem,  which constantly assaults not only my conscience but also my very humanity.
When the Pope visited the Philippines two weeks ago, I was appalled to learn that the government's Department of Social Welfare and Development deliberately evacuated homeless families from the city streets, in an effort to rid Manila of its unsightly vagrants. The DSWD spent P4.3 million to accommodate 490 homeless families in an expensive beach resort for 6 days (until the Pope left)-- using valuable funds to sweep the problem under the rug, instead of using it to actively help these people get more decent dwellings. It's scandalous!

So I am now posting more photos to make it clear to everyone out there, that thousands of these homeless souls live in our city streets. It is seldom shown or acknowledged, but no real "Manila-based Street Photographer" should ever deny this. 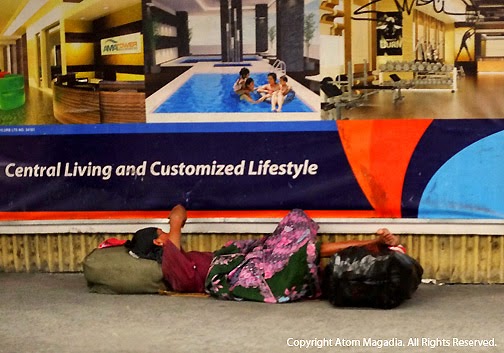 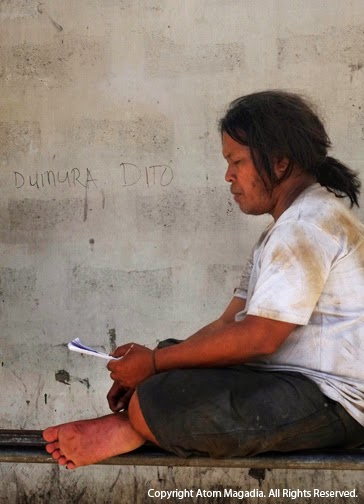 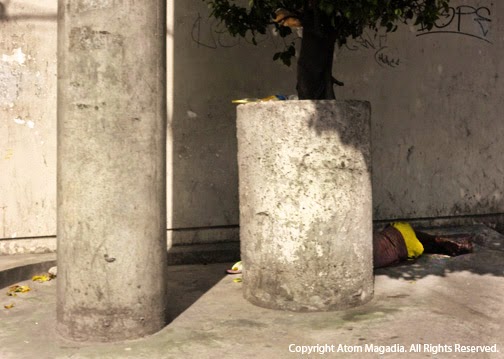 "Light And Shadow In Yellow"

--All Photos are the exclusive property of Atom Magadia
Posted by Atom at 1:11 AM