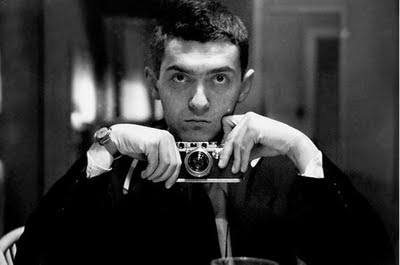 The most visual Directors, like Kurosawa, Lean and Fellini, have some sort of a visual arts background. Stanley Kubrick is no exception. He started out as a Professional Photographer.

Stanley got his first camera (a Graflex) at age 13 and was the class photographer at Taft High School. He was just 16 when he submitted a "staged photograph" (of a News Vendor the day after President Roosevelt died) to Look Magazine and was first published. This led to a 5 year career in the magazine (1945-1950). At 17 years old, he was the youngest photographer on staff. 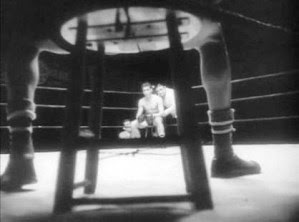 On assignment for Look, Stanley photographed the boxer Walter Cartier, who became the subject of his first movie (short-film), a 16 minute 1951 Newsreel called "Day of the Fight" -- marking his transition from still photographer to filmmaker.

His visual and photographic talents are legendary and is a trademark on all the movies he made. Stanley is known to operate his own cameras occassionally, even if he is not credited for it. On one instance, he was even hired as a lighting advisor for the model tanker sequences for the James Bond flick "The Spy Who Loved Me." From the movie-still above, taken from "Day of the Fight," we can already see early signs of his visual mastery and signature style.

Below is a selection of photographs from his body of work with Look Magazine. I am amazed at the depth and technical mastery of these photographs, specially since they were taken when Stanley was just between 17 to 22 years of age. 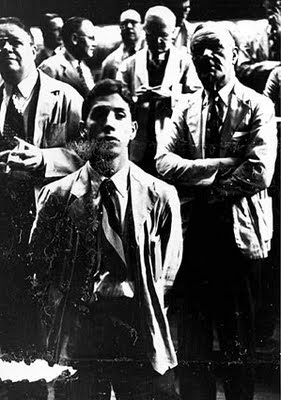 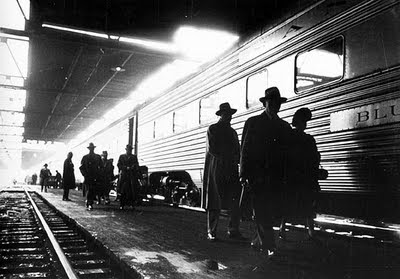 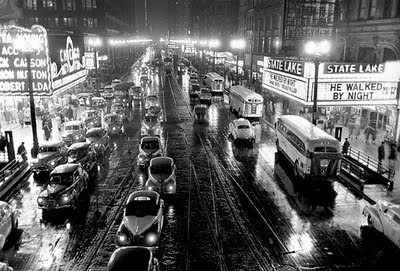 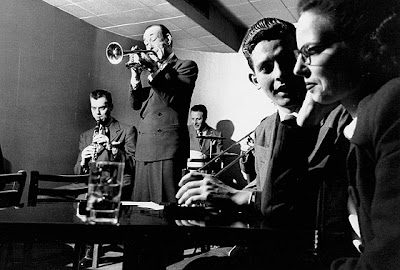 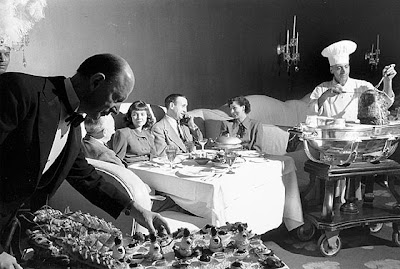 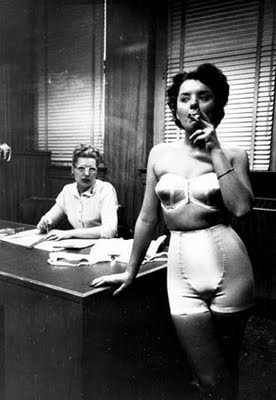 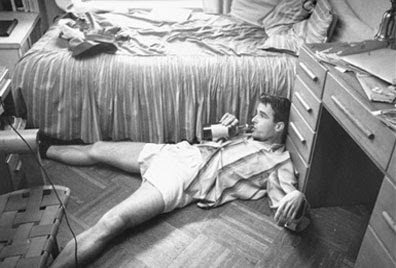 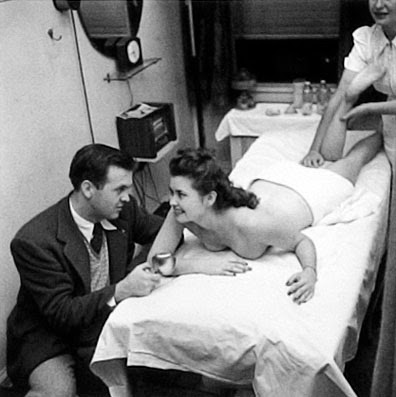 More on Stanley Kubrick next time...