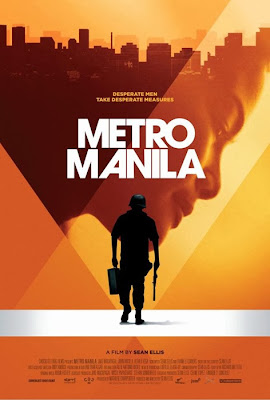 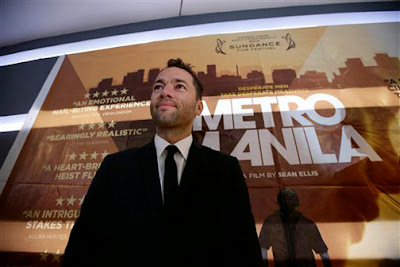 British writer/director Sean Ellis at Sundance 2013
This film had won the Audience award for best World Dramatic Competition film at Sundance this year, and has been chosen as the British nominee for Best Foreign Language film at the 2014 Oscars.  I find all this slightly ironic, since it is a British made movie that dramatizes a very authentic Filipino story (film) at its core.  I guess, like most good dramas (and good art) that succesfully encapsulates a universal existential human dilema, it does not really matter who made it in the end.

The family's migration from idyllic countryside to the urban slums
British Writer/Director Sean Ellis' story was inspired by a scene he witnessed serveral years ago when he visited Philippines -- Two armoured truck personel wearing bullet-proof jackets and helmets carrying M-16s, arguing and screaming at each other on the street.  He could not forget the scene, wondering what they were arguing about and how it might have eventually ended.  It led him to develop a 20 page synopsis, which eventually became a full-length feature.

The story is simple, and quite typical for most Manila (and most Southeast Asia) slum dwellers.  A farming family driven by the hardship of life in the province decides to seek their fortune in the big city.  Jaded and naive, they soon fall prey to petty criminals who rob them of their meager savings and take advantage of their desperation.  A number of them end up becoming criminals themselves or get caught up in the seedy sex trade. 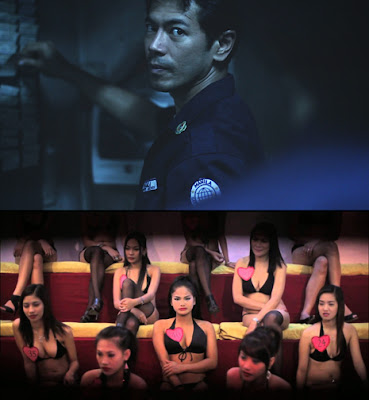 Oscar and Mai soon get employment at a huge personal cost

Sean decided to use both criminality and the sex trade in his story to magnify the direness of the couple's plight.  Despite their desperation, a lot of Manila's urban poor successfully navigate away from these illegal occupations.  Inspite of being reputed to be one of the worst cities when it comes to crime, corruption and the sex trade in Asia, a lot of Filipinos do manage to find decent work within Metro-Manila in the midst of rampant economic hardship and poverty.  So despite the characters' desperation in this movie, they do have choices beyond the ones they decided to take.  Sean Ellis was able to tell his story well enough, that it seems as if Oscar and Mai were locked-in to their fate. 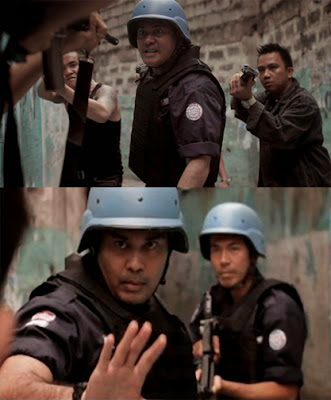 Oscar caught in the web of (his mentor) Ong's machinations

But despite that sleek 'slight of hand' from a very capable director, I think the movie successfully delivers a gripping tale of human desperation pushed to the extreme.  The casting was perfect.  Jake Macapagal's portrayal of "Oscar's" innocence and decency was realistic; John Arcilla's "Ong" was on the money; and Althea Vega's "Mai" looks convincing.  The supporting cast also looked authentic in their parts, most of whom were not professional actors.

There was a second story within the film about a desperate textile scion, which could be effectively cut entirely from the film.  It was included to lend a 'poetic' touch to the story, but in my opinion, it does not seamlessly blend well enough with the main plot -- they should rewrite the narration/voice-overs to these scenes to integrate it better, since it gives the film an air of pretension.  All the other details work well, including the documentary-style cinematography that was also executed by Ellis.  The best part of this movie is its ending.  It is rare to find a movie these days that has a good ending.  This one is one of the few.

I do not like revealing 'spoilers,' particularly endings, so just please try and see this film if you can.  I highly recommend it.  It is well made and is good Art!

There will be three Filipino stories vying for the Oscar for Best Foreign film this year:  Transit, from the Philippines; Ilo Ilo, from Singapore and Metro-Manila, from England.  I highly recommend all three.  It is truely a good year for Filipinos everywhere.

Here is the official trailer: