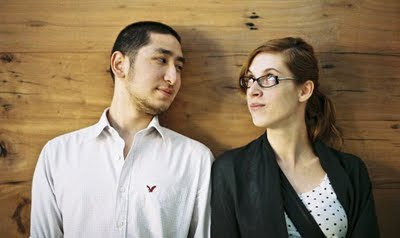 Alexis Tioseco, a Filipino-Canadian Film Critic and Nika Bohinc, a Slovenian Film Critic and freelance writer, were murdered yesterday (tuesday night-Manila time) in their home in Quezon City, a suburb of Metro-Manila, Philippines. According to the Police report, the couple was gunned down as they were entering their home. Both died of bullet wounds, victims of a violent burglary. Three gunmen, with the help of their live-in Maid, got away with an undetermined amount of personal valuables, including jewelry and their laptop computers.

This is a tragic loss for the Cinema world!

Alexis teaches at the University of Asia and the Pacific; the founding Editor of Criticine.com (a leading Southeast Asian Cinema site); is a contributor to leading Film publications like Screen International, Ekran, Panic, Senses of Cinema.com, Osian's Cinema.com and catalogues to the Torino and Pesaro International Film Festivals; and is a regular contributor to Philippine Publications like Uno, the Philippine Daily Inquirer and the Philippine Star.

Nika was the Editor-in-Chief of Ekran film magazine (Slovenia's oldest and most respected film publication); a member of the programme board for the Ljubljana Film Festival and Isola Cinema Film Festival; served as the President of FIPRESCI Slovenia; and works as a content provider for Sea Images (A webpage focusing on film collaboration between Europe and Asia).

...such an unfitting and horrible end to two beautiful and uncompromising souls dedicated to the Art of Cinema.

An Article written by Alexis in the form of a letter to Nika, sums up the motivation behind his life and work: http://rogue.ph/columns/entry/the_letter_i_would_love_to_read_to_you_in_person/P1/

--picture taken from www.theauteurs.com
Posted by Atom at 4:44 PM