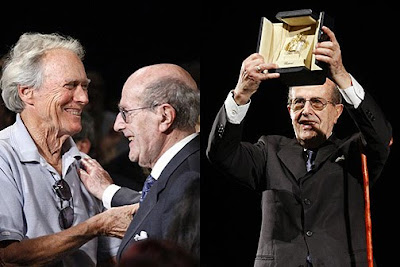 Acknowledged as the oldest living Director in the world, Manoel de Oliveira is still making movies at the ripe old age of one hundred and one. Born in Cedofeita, Porto - Portugal on December 11, 1908, he has been making films since 1931.

His most recent work, "The Strange Case of Angelica," was premiered last week at the Cannes Film Festival. According to the centenarian, the idea for the movie was conceived in 1946 and he wrote the first draft in 1952. He originally wanted to do the film just after the Holocaust of World War II, but has now resurrected the project, tweaking the story to include modern issues like global warming, economic crisis and environmental pollution, because he feels that we are suffering from a universal loss of value that is now wreaking havoc not only to our lives and our communities, but also to our planet as well. 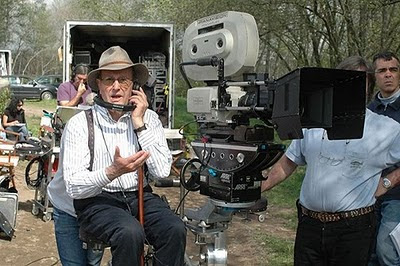 As a teenager, Oliveira wanted to be an actor. He actually acted in the 2nd Portuguese sound film, " A Canção de Lisboa in 1933.  But after seeing the documentary, "Berlin: Symphony of a City" he directed his first documentary, " Douro, Faina Fluvial." He directed his first feature in 1942 and has made a total of 51 productions to date (feature and documentary). Manoel has been more prolific in the past twenty years, making a film or two a year since 1990 -- he only made 3 feature films in the first 40 years of his career, but has totalled 19 after that.

Oliveira has always opposed conventional forms of cinematic expression. In 1933, he published an essay titled, "O Cinema e o Capital" (Cinema and Capital), wherein he argues against the commercialization of American Cinema, which he believes smothers the creativity of the artist. By Hollywood standards, his movies are very European, characterized by long discourses, theatrical flares and static shots. They are also considerably longer than normal, some reaching almost 7 hours in length, like "Le Soulier de Satin" (The Satin Slipper, 1985). Most of his works are based on or are directly inspired by literary works (plays, novels, short stories, sermons and the Bible) and are very self-reflective and philosophical. 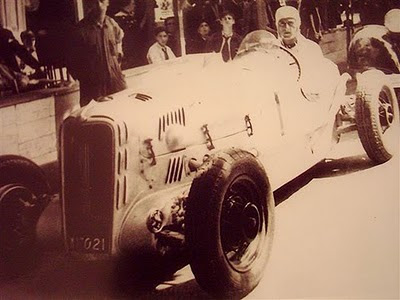 Aside from making films, Manoel competed as a race car driver in the 1930s. In the 1937 Grand Prix season, he won the International Estoril Circuit race in a Ford V8 Special.

He has received numerous honours from the Cannes, Venice and Montreal Film festivals and has been awarded two career Golden Lions and a Golden Palm for his lifetime achievements.

Although I have never seen a film by this master of cinema, I am now very eager to find copies of his films. Here is a profile on Manoel de Oliveira by Aljazeera.

--Video from Youtube by Aljazeera.
Posted by Atom at 10:43 AM

Here is my ad for the Youtube Cannes Lions contest