Robbery at the Museum of Modern Art in Paris 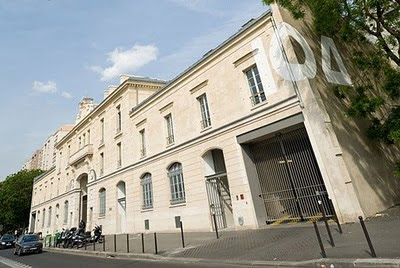 In Paris, a few hours ago, a thief broke into the Museum of Modern Art and got away with five modern masterpieces nearly worth half a billion Euros. Among the stolen pieces are paintings by Picasso, Matisse, Leger, Modigliani and Braque.

A lone thief, disguised in a hood and face cover, was captured by the museum's security cameras leaping through a broken window.  The security system of the museum, one of the most secure in the city, was disabled during the time of the theft. According to authorities, the anti-theft system and most of the security cameras have been broken for the past few days prior to the crime.  Investigators are now considering the possibility of an "inside job." Paris museums have been regularly targeted by Art thieves working for private collectors, and are sometimes aided by low salaried museum insiders/workers.

One of the biggest Art thefts in history, initially estimated by the prosecutor's office to total 500 million Euros, has now been downgraded by museum experts to an estimate of just around 100 million Euros.  The experts say that the stolen paintings would be impossible to sell in the open market where they would easily be spotted and would instead be sold at a substancial discount to private individuals. Despite that, it is still priceless and would definitely fetch an enormous amount.

Among the paintings stolen are Picasso's "Dove with Green Peas" (1912): 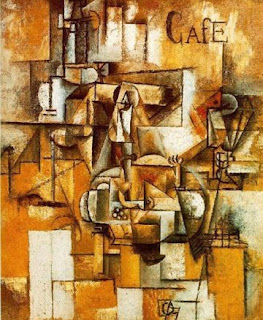 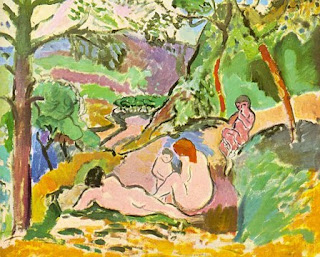 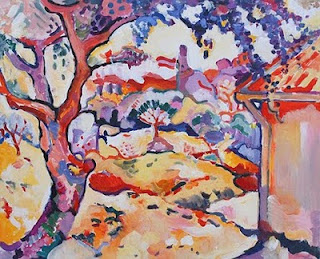 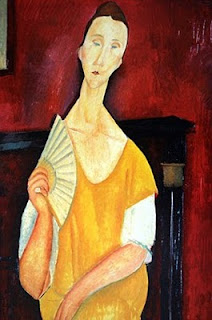 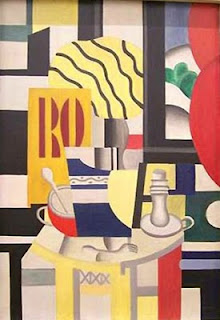 It never seizes to amaze me what people are capable of.  I might still be able to understand the 'money motive' of the thief, but the end collectors who buy these things to keep them, are beyond my comprehension.  Since they cannot sell these art pieces for at least a hundred years (or even more), because they are recognizable, the only other motive left I can think of is "pure selfishness" -- they want to keep these treasures for themselves.  For these people, visiting a museum is not enough...  they want to deprive the public from experiencing these masterpieces too.

Here is a clip from Reuters on the Theft in Paris:

-- Photos from the Museum of Modern Art in Paris. Video by Reuters.com.
Posted by Atom at 12:06 PM