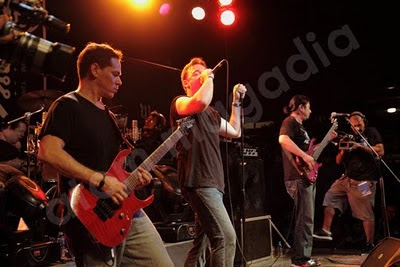 Work and play can definitely coincide side by side... that is what I learned after covering the recent "Wolfgang" concert last May 15 in Manila.

Anne interviewed the band for Sandbox Productions (Smart Cellular Phone Data) and I took concert photographs. It was my first official 'concert assignment' and I was hyped to the max. The concert was broadcasted online to 22 countries and since the band seldom performs live, ever since Basti Artadi (the singer) transferred to San Francisco, it was a concert no fan wanted to miss. I have been a Rock fan for a long time and I just recently took up the guitar (electric) as a hobby. Marrying my photography with my love of Rock Music was a treat I just could not pass up.

I have taken pictures with show/stage lights before, so I knew that I was well covered -- light wise. I used my 7D, mainly because of its higher light sensitivity (as opposed to my current 1Ds). Anticipating a rowdy crowd, I decided to leave my L primes and zooms at home and opted for my APS-C Sigmas (EX f/2.8 10-20mm and 18-50mm). Not wanting to leave without a telephoto, I also brought my Canon F/4 L 70-200mm.

Here are some shots from that concert: 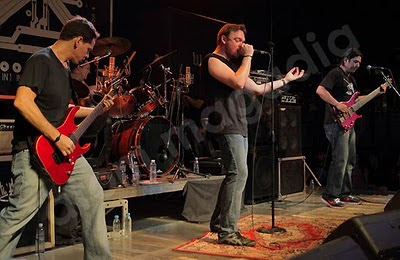 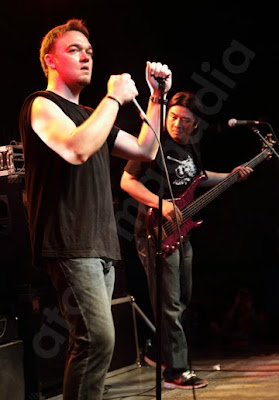 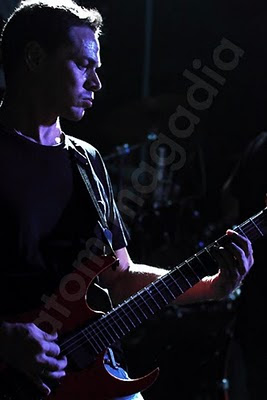 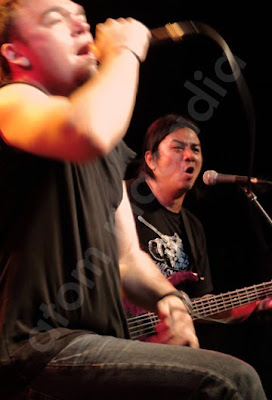 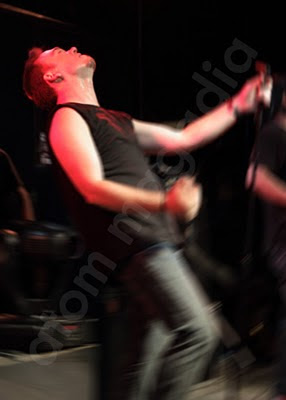 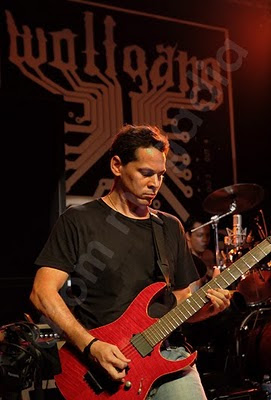 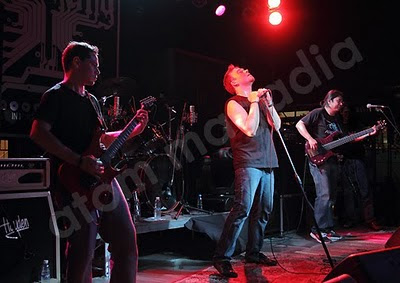 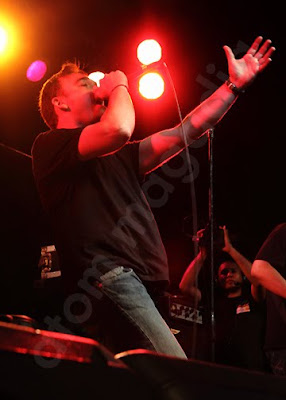 I am happy with my shots.  I was stationed as close as possible to the band -- side by side with the TV cameramen (standing on a speaker box).  Even at close quarters, I did not need my 10-20mm and so I relied mostly on my 18-50mm and the 70-200mm for close-ups.  Since I was at the mercy of the lighting technician, I varied my ISO from about 350 to 800 depending on how bright or dim the stage became.  I shot mostly with my lenses open (2.8 for the Sigma and 4 for the Canon), but manually adjusted the aperture setting whenever I varied the shutter speed from a low of about 1/60th to about 1/200th of a second.  I was a little disappointed by the band's lack of motion and action, but that is their style.  I tried to catch every little nuance of movement, gesture or emotion I could see as well as to frame the action in varied ways.  The lighting design was also disappointing, since the brightness ratio between the dimmer lights and the spot light created extremes and they hardly changed the lighting scheme...  But I understand that these are just variables that come with the job and a professional has to deliver no matter what the challeges are.

I enjoyed the excercise immensely.  I have decided to add 'Concert Photography' in my list of work.  It is miles away from the preplanned and exacting work of commercial and editorial photography.  It is actually more spontaneous like photojournalism...  but the challenge and the freshness of the subject matter appeals to me a lot!

Here is a fan footage of "Mata Ng Diyos," my favorite Wolfgang song from the concert:

Hi my name is Brian Forrest, and I like your concert photos on your blog. That 3rd photo had some lighting effects and saturation. Feel free to check out my blog.